For the second time in recent history, Amazon’s device could provide key evidence in a murder case 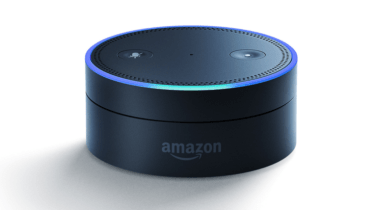 Amazon's Alexa-controlled Echo smart speaker has been called upon to provide key evidence in another murder case dating back to 2017. A New Hampshire judge has ruled that Amazon must release any recordings from the Echo device found at the crime scene.

According to local media, Strafford County Superior Court Presiding Justice Steven M. Houran ruled Amazon must not only release recordings from the Echo, but any and all associated data relating to the device, including but not limited to, all devices such as mobile phones connected to the smart speaker.

It's still unclear whether the device holds recordings leading to information about how the murder happened but the court believes there is probable cause that the speaker could have recorded "evidence of crimes committed against Ms Sullivan, including the attack and possible removal of the body from the kitchen", ABC reports.

"Accordingly, the state's motion to search in lieu of a search warrant is granted," the ruling by Houran states. "The court directs Amazon.com to produce forthwith to the court any recordings made by an Echo smart speaker with Alexa voice command capability, FCC ID number ZWJ-0823, from the period of January 27, 2017 to January 29, 2017, as well as any information identifying cellular devices that were paired to that smart speaker during that time period."

The double murder of two women transpired in January 2017; two bodies with multiple stab wounds were found under a porch of a New Hampshire home and it's believed that Amazon's Echo could hold vital recordings that could help solve the case. It's taken almost a year for the recordings to be released because Amazon told Associated Press it would not hand over anything "without a valid and binding legal demand properly served on us".

It's not the first time Amazon has been compelled by law to release Echo recordings, a similar case happened in 2015 when recordings from a defendant's device were released after the defendant authorised Amazon to do so in order to clear his name. The details of the recordings are unknown, but the charges were ultimately dropped.

It's long been believed that Alexa is listening far more than it or Amazon lets on. In May 2018, an Oregon couple discovered that their own Echo recorded a conversation of theirs and sent the audio recording to an acquaintance. At the time, the couple's story sounded a little difficult to believe, that was until Amazon confirmed that it was true.

Amazon explained that the Echo must have misheard part of the couple's conversation, causing the device to activate and begin listening and send the recording to a person in their contacts list associated with the device.

Amazon assures us it's an extremely rare case: "As unlikely as this string of events is, we are evaluating options to make this case even less likely."