After years of allegations, Google seemingly still personalises your search results, even when you're logged out 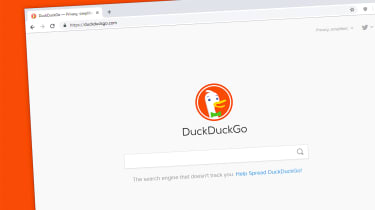 Google is personalising search results for each user based on previous browsing habits even if they have logged out.

According to a study from DuckDuckGo, a search engine which markets itself on its privacy features and is arguably a Google competitor, Google's 'filter bubble' is still present and will throw up different results for different people for the same search term, even when browsing incognito.

The 'filter bubble' is the term given to the theoretical space in which Google places you, a set of interests, ideologies that compose your interests which are used to personalise Google's search results in a way that displays results in accordance to how interesting you specifically, will find them.

Say you like gaming and eSports, many or at least some of your Google searches will likely be around the topic, something which Google will detect and remember. So when you go to find about the UK's new 5G rollout plans in 2019, you might see more results that relate to how 5G will impact online gaming than it does, let's say, business communications.

So with that in mind, DuckDuckGo took results from 87 different Google users across the U.S. after they searched the same term while logged in to Google and while logged out in private browsing mode. In theory, if Google issues search results based on relevance to the search term, then all users should receive the same results, but that wasn't the case.

There was a large amount of variation between participants for the same search term with the majority seeing at least one result that was unique only to them. 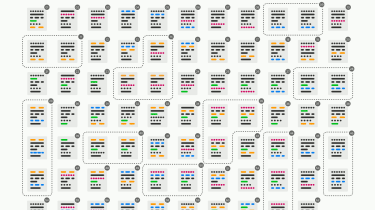 "With no filter bubble, one would expect to see very little variation of search result pages -- nearly everyone would see the same single set of results. That's not what we found," the study reads. "Instead, most people saw results unique to them. We also found about the same variation in private browsing mode and logged out of Google vs. in normal mode."

The news and video infoboxes were also varied across the board for all search terms, with one, 'immigration', seeing the most variation. The most popular news box item for that term was only seen by 46% of all participants.

When testing the intricate variations between logged in and private browsing search results, the study showed that there was only a small difference in the domains returned, maybe two or three per user. The variation between users was much greater, between three and five domains different per front page search results which suggests personalisation of results is taking place.

Speaking to IT Pro, a google spokesperson explained why it perceives the study's methodology to be flawed.

The allegations against Google's search personalisation goes back to 2012 during the United States's presidential elections between Obama and Romney. Google is thought to have influenced the election by inserting tens of millions more links for Obama than for Romney in the run-up to the election.

Despite this, Google maintains that results aren't personalised based on information the company holds on its users. It does admit to using location and time as factors which influence the search results that appear on users' screens.

Google posted a Twitter thread related to the findings of the study which gives a good insight into how they view things, which can be found below.

Over the years, a myth has developed that Google Search personalizes so much that for the same query, different people might get significantly different results from each other. This isn’t the case. Results can differ, but usually for non-personalized reasons. Let’s explore…

Despite the study coming for a rival of Google's, it doesn't have a strong history of keeping things quiet when it comes to targeted ads or content. Back in July, The Wall Street Journal published an investigation which exposed Gmail for allowing third-party apps to read users' emails, presumably for the purposes of targeted ads.