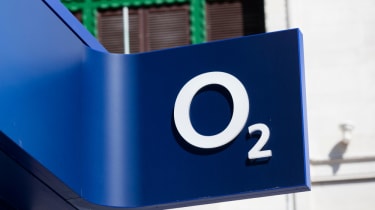 O2 will seek compensation in the order of tens of millions of pounds from its supplier Ericsson after a software failure led to a blanket UK-wide 3G and 4G outage last Thursday.

Telefnica UK's chief executive Mark Evans will meet with the Swedish firm today for crisis talks over the licensing error that led to 32 million customers unable to access data services, according to the Guardian.

The outage is believed to have been caused by expired certificates to two versions of the SGSN--MME (Serving GPRS Support Node -- Mobility Management Entity) software used by O2 and several other firms across the world.

The outage not only affected O2's customers, but those with a number of alternative providers using the O2 network such as GiffGaff, and Tesco Mobile. The glitch also affected customers from companies such as Japanese-based Softbank.

Moreover, public services took a hit, including TfL, which uses the O2 network for communications and signalling. The outage disrupted bus signalling and led to a blackout to the estimated arrival times shown at bus stops, and on mobile apps.

"Mark Evans will certainly be meeting Ericsson this week for a full review and audit on both sides looking at the Ericsson software and how it was managed," a source close to the situation told the Guardian.

"Naturally, included in the conversation will be the subject of damages."

O2 will demand a package worth up to 100 million, according to various reports, although this figure is currently subject to speculation.

The networking giant has also announced a compensation deal for its 25 million direct customers, including an extra 10% for pay-as-you-go customers when they top up their phone, or 10% off data at the point of purchase.

Small businesses and mobile broadband will be compensated as part of the package for monthly subscribers, although business customers are still expected to approach their O2 corporate account manager to discuss specific details.

"Ericsson is working closely with the customers that were impacted by last week's network problems, including O2," an Ericsson spokesperson told IT Pro.

"We are aware of the latest media speculations on compensation and we refrain from further comments at this time."

Customers in the UK had reported network difficulties from approximately 5am on Thursday 6 December, lasting throughout the working day and through to the evening. Alongside a blanket 3G and 4G outage, there were additional reports of voice and text messaging failures throughout the day.

O2 told users that 3G services had been restored by approximately 9.30pm the same evening, while 4G services were fully restored in the early hours of Friday morning, bringing the outage to a near-24 hour duration.