With network coverage lagging behind the rest of the UK, changes must be made to infrastructure in order to keep up with the pack 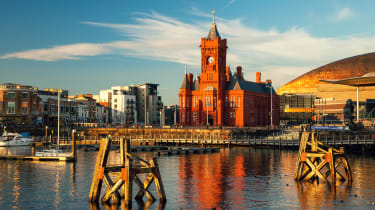 As a result of the Welsh government neglecting to invest in mobile telecommunications infrastructure, the country could be in danger of being left behind in the race for 5G adoption, a report revealed.

The National Assembly for Wales's Economy, Infrastructure and Skills Committee has been reviewing the Welsh Government's Mobile Action Plan which sets out what ministers will do to ensure better coverage in Wales.

The committee found that while 4G coverage is improving, the main cause of that is from investment by telcos and not the sparse investment from the Welsh government.

All mobile providers reported increases to 4G coverage in Wales, with Ofcom reporting that the geographic area of Wales without 4G coverage from any operator now stands at 12%.

Although that figure is broadly in line with the rest of the UK (13%), the coverage of A and B roads in Wales by all operators stands at just 32% meaning that connectivity on the go is still problematic in around a third of the country.

With a third of Wales still not receiving 4G connectivity, and reports suggest it won't until 2020, it suggests that there is some way to go before even the major cities will get a 5G service.

The UK's telcos such as EE, Three, O2 and Vodafone are all pushing to be the first to roll out 5G to the masses with the earliest deadline predicted in summer 2019.

If the Welsh government fails to invest adequately in important infrastructure, it could be looking at 5G adoption at the latest predicted deadlines which are up to three years away.

"2019 is the first expectation of the roll-out of the first commercial networks of 5G. So, we're at a point of almost just getting ourselves ready for 4G, when we've already moved on to the next technology," said Mobile UK.

The committee said it's lobbying the Welsh government to collaborate with major British telcos to achieve a solution to the 5G problem.

One suggestion some telcos have already made is to increase the height of masts built in the country, which would facilitate further coverage per-mast and allow different providers to share the infrastructure, leading to overall better nation-wide coverage with less investment.

"If you want to be able to share infrastructure, it needs to be large enough, big enough, to accommodate the equipment for multiple operators, and if, broadly, we are restricted to 15m high masts in Wales under permitted development rights, it makes that incredibly difficult," said EE.

The Welsh Government is currently proposing allowing 25 metre high masts in non-protected areas of Wales. The Committee recommends this should be increased to 30 metres and found that the planning regime in England was much more lenient when it came to siting masts.

"Mobile phone coverage in Wales consistently lags behind the rest of the UK," said Russell George AM, chair of the Economy, Infrastructure and Skills Committee. "The advent of 5G promises to further integrate technology into our lives through smart devices such as autonomous cars. It is critical therefore that Wales is not left behind in this new era.

"But while the country as a whole prepares for the next generation of mobile connectivity, there are still parts of Wales with no connection at all. That simply isn't good enough and it is crucial these not-spots are covered, particularly in remote, rural areas".

British Telecom-owned EE is the favourite to unveil a full 5G network to the UK this year, with capital cities including Cardiff, to be the first of its 16-city plan for 2019 to enjoy the ultra-high speeds that 5G will offer.

The issue lies with secondary Welsh cities not being seen as a priority; of the 16 cities in which EE plans to launch a 5G service in 2019, only one of them is in Wales.

It's not just lightning quick movie streaming that Wales will miss out on, the 5G effects for business are set to be revolutionary.

Businesses that benefit from IoT such as agriculture, shipping and manufacturing will all fall behind which could see Welsh businesses in these areas lose clients to more technologically able cities which can do the same job better, faster and more autonomously.

This all starts with Wales waking up to the importance of 5G and investing in the right infrastructure to support essential development.