From Wales to Warsaw, the whole world takes it in turns to shun Huawei this week 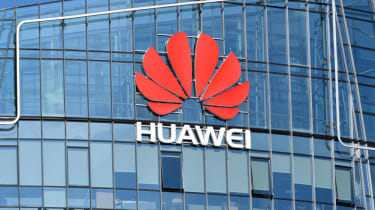 Poland is the latest country to openly announce that it's going to boycott Huawei amid security concerns.

Speaking to Reuters, Polish government officials are supposedly considering other European and North American competitors to deliver 5G equipment to the country. Poland's options could include leading European telcos Nokia and Ericcson.

"Arresting a spy means end of the discussion," said a government official, who spoke on the condition of anonymity. "I think the Chinese will not be present in 5G in Poland."

Poland's president also suggested that the country is likely to join the US, New Zealand, Japan, Australia and the UK in backing the exclusion of Huawei's technology.

"I'm definitely closer to cooperating with European firms or with those from the U.S. than with producers from Asia," Duda said in an interview with Polish website money.pl.

Two weeks ago, Poland echoed recent moves by the US and Canada by detaining one and also a former Polish security official on spying allegations. Since then, Huawei has fired the detainee who has denied any wrongdoing.

Huawei has long-believed to be in the back pocket of the Chinese government, using its technology for intelligence gathering purposes.

"We are working with the government and partners in Poland to convince the authorities that far from posing a threat to networks in the country, our technology will help improve connectivity," Huawei said in a statement regarding the situation.

It's not just Poland that has turned its back on Huawei this week, Oxford University has decided to block all donations from Huawei including funding and sponsorship amid the same security concerns.

In an email sent to computer science doctoral students, seen by the South China Morning Post, the university said its Committee to Review Donations made the decision block Huawei funding temporarily.

"The committee met last week and have decided to suspend Huawei as an approved gift donor/research sponsor," it said. "This decision will be revisited by the committee in 3-6 months and does not impact existing donations or research projects which have already been agreed and signed, and are in progress."

This marked just another in a string of many actions taken against Huawei, following on from repeated investigations and condemnation from the US over the company's ties with the Chinese government. It is believed that Huawei's telecoms technology could be used for espionage.

More recently, on Thursday the Prince's Trust joined other UK organisations in stopping the acceptance if donations from Huawei, adding another dagger into the heart of its campaign to fight allegations of state-sponsored spying.

"At present, we are not accepting new donations from Huawei in light of public concerns," the Prince's Trust said in a statement. "Future donations will continue to be reviewed by our Ethical Fundraising Committee."

"We regret that decisions of this sort are being taken as a result of ill-informed and unfounded discourse about Huawei," Huawei said in a statement.