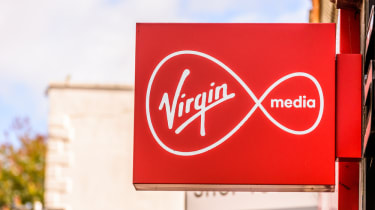 The speed was independently verified by SamKnows, Ofcom's official speed test partner, which had to develop a bespoke speed testing tool capable of accurately verifying the speeds on the new network.

The test was carried out in the village of Papworth in Cambridgeshire with around 50 of virgin's customers selected to trial the network with previously unheard of commercial speeds.

Virgin Media has been known to test previous technology in the village, such as its 1Gbps trial in March 2018.

"We measure broadband speeds around the world and this trial has been delivering speeds far in excess of what we typically see in customers' homes, said Sam Crawford, founder and chief technology officer at SamKnows.

In terms of real-world use cases, the following speeds will be achievable if the network is rolled out nationwide:

The news comes around growing thoughts that 5G, which is just on the horizon, could eclipse cable internet and become the primary network of smartphone and homeowners alike.

"It is important to address the exponential growth in data traffic as people own more devices and are accessing a wide range of services. The biggest use case is video services which will proliferate due to HD, 4K and eventually 8K streams," said independent telco analyst Paolo Pescatore to IT Pro.

5G will only deliver around 1.4Gbps at a 1ms latency, still way above the national average broadband speed for the UK which sites at 16.51Mbps. So Virgin could be trying to keep cable broadband alive in the UK with its superior speeds; but do we even need internet that fast?

Pescatore also raises concerns about the demand for multi-gigabit speeds in the UK.

"There has been something of a fibre frenzy recently and there is a clear argument to upgrade to fibre but will people notice the difference [between 1Gbps and 5Gbps]?" he asked, speaking to the BBC.

It's clear that telcos need to future-proof their networks in order to keep with advancements and increased demand as a result of more connected devices.

Whether fibre broadband will continue to be widely adopted in the next five years is uncertain, but it sure would certainly be beneficial to never see a buffering video ever again.