MWC 2019: The most exciting 5G use cases still haven't been imagined

Qualcomm, EE and OnePlus to champion 5G in the UK, but say there are many more challenges left to overcome 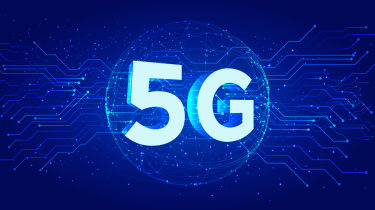 Qualcomm, BT and OnePlus have effectively showcased how they are working together to make the rise if 5G a reality this year at MWC 2019.

But they noted there's a need to have developers creating the next innovative apps to really bring the potential of 5G into daily life, while also still noting there are roll out challenges that have yet to be tackled with aplomb.

Among the myriad use cases that have been touted and discussed over the past few months as companies prepare their biggest announcements for this week, there is still some uncertainty, bundled with excitement because the most exciting use cases have yet to be imagined.

Carl Pei, co-founder of OnePlus said that 4G really transformed social media from picture-centric to video-centric. The network facilitated the shift and he thinks a similar jump in network use will happen with 5G too - we just don't know how yet.

One of the more interesting 5G applications talked about at the panel was that of gaming and how with 5G, games consoles like Microsoft's Xbox and Sony's PlayStation will be a thing of the past thanks to 5G facilitating game streaming.

A thought that is likely to change the look of children's Christmas lists is cloud gaming, where all the processing and computing is done at the edge. Instead of consoles which process the game on local hardware, devices will turn into mere displays and controllers thanks to to the ultra-low latency that 5G will provide.

Exciting as that is, Pei invited app developers to join OnePlus, BT and Qualcomm in order to help develop the next "killer app" that would really make the adoption of 5G in day-to-day life a significant jump over 4G.

He said the consumer advancements, such as the aforementioned cloud gaming possibility, will come naturally as new tech enables it, what is really exciting is the possibilities we don't know about.

"As 4G came more and more common on the market, having more bandwidth and higher speeds being made available, it really triggered a shift in social media from photo-based social media to video-based social media with higher bandwidth," said Pei. "Today we have a few different players in the ecosystem here and we're going to do our best to make sure 5G gets rolled out as quickly and broadly as possible but we also need app developers to help us find the best use case for 5G".

Services such as Uber were also made possible as a result of 4G connectivity and the ride-sharing app is one of the most ubiquitous services in modern life so it's exciting to think that we are so close to experiencing the next Uber or YouTube.

In terms of challenges faced by telcos in the rollout of 5G, Marc Allera, CEO of BT consumer & EE said the challenge was getting masts up in rural areas.

He said EE still needs to erect thousands of masts and hundreds of thousands of small cells but environmental factors are getting in the way. No, not weather, he said that landowners and landlords in rural areas are getting in the way of construction - "it's still too hard for us to bring connectivity to the places that need it the most", he said.

Despite much speculation around the notion, Allera said that 5G won't replace Wi-Fi, not even in the next 10 years. He sees it as something to strengthen EE's converged network that will be comprised of 4G, 5G and Wi-Fi 6.

In terms of pricing, Allera said that the EE 5G subscription plans will only be a few pounds more, no more than a few cups of coffee.

Whether that claim proves true is yet to be seen, but what we can be certain about is that exciting, culture-changing tech is on its way. What's better? It's only day two of MWC and there's still lots more to come.