MWC 2019: A telecoms enthusiast's view from the airport

In one of the most revealing congresses in recent years, you'd be wise to remain cool amid the excitement 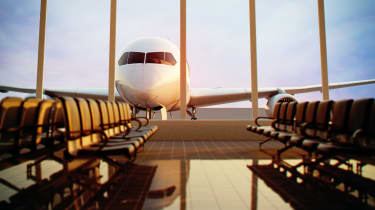 Another year, another wave of 100,000 technology professionals and fans braced the expanse of Mobile World Congress to discover what's on the horizon in the world of mobile and telecoms tech.

A lot of people are talking about the devices - foldable phones obviously have the wow factor, but I'm more interested in the technology that's going to power them. They won't shine without 5G and supporting telecoms infrastructure.

The first (and obvious) takeaway is that 5G is coming, and it's going to be here sooner than you think. EE's plan to deliver 5G to 16 UK cities by the end of the year seems to be more of a certainty now, following its massively confident speech on the first day of the event.

This means it's time to start shopping for 5G phones and laptops if you, like me, want to get connected to the ultra-fast speeds as soon as possible.

Samsung's new line is available to pre-order now and there's some really nice kit there, or you could wait until Huawei unveils its flagship P30 in Paris next month - poised to be a market-leading handset. America's favourite punching bag also released its new line of MateBook laptops, all of which are 5G-ready thanks to Huawei's new chipset; so funds permitting, you could be enjoying 5G in the next few months.

What's worth getting more excited about is what's going to be unveiled at next year's MWC and the year after that. There were some really slick-looking startups in the less populated halls of the Fira, some of which showed promise to be the next big ubiquitous app, much how 4G enabled the mighty Uber and look at how much that has changed our lives the world over.

For example, one exhibition featured an IoT mobility management idea. With IoT devices already providing a significant attack surface for companies, this is only going to grow as 5G becomes more prevalent and it's not crazy to think things like construction cranes could be hacked for nefarious purposes.

Imagine the carnage that a hacker could cause if they compromised a piece of machinery that large, even more carnage would be caused doing that with a worker already in it. The product could set parameters that restrict the crane's movement when in use to only the necessary actions, the same product could also set unhackable flight paths for drones. It's really interesting stuff and worth keeping track of, if you have the time.

Data monetisation on a grand scale is also going to become a reality. Again, harnessing 5G and IoT, data can be gathered from devices and then sold on to give users a better, safer experience. I wrote about this earlier in the week and other companies at the show, including Ericsson, seemed to be hopping on this trend with gusto.

The main thinking at the moment is around autonomous cars and how the data produced by the 100+ sensors embedded throughout can be used to create safer roads, reduce pollution levels and predict car faults before they cause accidents.

Frustratingly, the most exciting stuff from the show was all stuff that is still some years off. 5G is coming this year, at some point, but we will have to wait until next year to see exactly how the tech will change our lives. Hopefully, we'll get fewer promises and more tangible innovation.

TL;DR? See below for my summary-in-a-thread.

So #MWC2019 is all over and I'm sure Barcelona will be pleased to see all 100,000 of us techies leave. Here are my takeaways from the telecoms side of things, for anyone that's interested... pic.twitter.com/lBcVMfjopt