If we give up now, "the web will not have failed us, we will have failed the web" says Berners-Lee 30 years after the inception of the Web 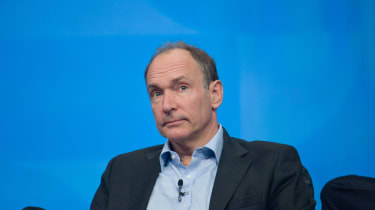 Ahead of its 30th birthday, the father of the World Wide Web, Sir Tim Berners-Lee, has written an open letter about how to change the future of his creation.

In the letter, posted on Monday, Berners-Lee said that it would be "defeatist" to assume the web couldn't be changed for the better in the next 30 years. He said that although it had come along way, we should reflect on how far we have yet to go.

Since his proposal for an information management system in 1989, the majority of the world is online and the web has become a public space, a library, a doctor's office, a cinema, a bank and so much more.

But while it created opportunities for good, given a voice to marginalised groups and a made daily life easier, it's also enabled scammers, fraudsters and given a platform to those who spread hate speech.

Furthermore, scandals such as Cambridge Analytica have highlighted how the web is misused by some tech companies offering "free" business models in exchange for monetising personal data.

"Against the backdrop of news stories about how the web is misused, it's understandable that many people feel afraid and unsure if the web is really a force for good," Berners-Lee wrote.

"But given how much the web has changed in the past 30 years, it would be defeatist and unimaginative to assume that the web as we know it can't be changed for the better in the next 30. If we give up on building a better web now, then the web will not have failed us. We will have failed the web."

To build a better web, Berners-Lee said we must first understand what is making it dysfunctional. He outlined three areas where the web is repeatedly misused.

The first is deliberate, malicious intent, such as state-sponsored hacking, criminal behaviour and online harassment. Berners-Lee said that although this was "impossible to eradicate completely", he suggested laws and code could be created to minimise this type of behaviour.

Second, he said that system design that creates perverse incentives where "value is sacrificed" meaning ad-based revenue models that commercially reward clickbait and the spread of misinformation. He called for these systems to be redesigned in a way that changed incentives.

And finally, he cited the unintended negative consequences of benevolent design, such as the outraged and polarised tone and quality of online discourse. To fix this, Berner-Lee called for research to understand it and tweaks to improve it or wholly new systems if that isn't possible.

"You can't just blame one government, one social network or the human spirit," he added. "Simplistic narratives risk exhausting our energy as we chase the symptoms of these problems instead of focusing on their root causes. To get this right, we will need to come together as a global web community."