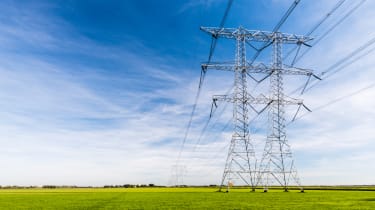 Rural 4G network coverage will only improve if mobile network operators are compelled by regulators to share network bandwidth, a trade association body has claimed.

The Country Land and Business Association (CLA) has called for the government to intervene to end the urban/rural 4G divide, in a similar manner to how this has helped to bridge the broadband divide.

In particular, a guarantee to service all homes with full fibre broadband coverage by 2033 is exactly the sort of pledge that should be made for network coverage.

The membership body for rurally-based property and business owners also said, in its response to a government consultation, that SMBs must have confidence and awareness to exploit the opportunities from this greater level of connectivity.

"Since 2002 the CLA has been campaigning for a universal pledge on digital connectivity and we're delighted to finally see this on broadband," said the CMA's deputy president Mark Bridgeman. "While we need to wait to see how this is met, great strides have been taken towards unlocking the potential of the rural economy."

The Department for Digital, Culture, Media and Sport (DCMS) had been running a consultation into the strategic priorities for telecoms firms for several weeks. Stakeholders and companies were invited to give their feedback between 15 February and 27 March.

This is the first time the government has issued a formal Statement for Strategic Priorities (SSP) for telecommunications, which will compel telecoms firms to work towards certain strategic objectives.

"We need to learn the lessons from the successes with broadband where government and stakeholder consensus, as well as leadership by the regulator, achieved real wins for those who live or work in the countryside," Bridgeman continued.

"There is no reason why a similar approach should not be applied to rural 4G, starting with forcing mobile operators to adopt rural roaming."

This proposal for 'rural roaming' has already been touted by Ofcom, and would involve network operators made to share bandwidth with users of all networks to boost general 4G coverage in difficult-to-reach areas.

In an advisory document released last year, the regulator reinforced the CLA's position that "market forces alone" won't deliver adequate levels of mobile network coverage and that "further intervention is therefore required". But Ofcom has seemingly rejected this proposal for the time being, according to the CLA in its submission to the consultation, also recommending that Ofcom reconsider this position urgently.

A similar proposal has been put forward to boost 5G coverage in rural areas, ahead of the new technology's rollout later this year. Experts speaking at a Westminster eForum last month suggested that co-operation between operators would fast-track superfast 5G connectivity to businesses based in rural areas.

But as the CLA's submission to the DCMS consultation suggests a considerable amount of work is required to bring current-gen connectivity to rural parts of Britain, let alone 5G.