Europe leads the way in mobile excellence ahead of 5G launch 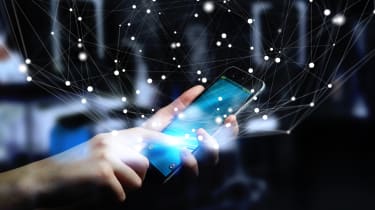 The United Kingdom is consistently above average regarding its state of mobile connectivity compared to the rest of the world but lags behind most European countries in many categories, according to new research from mobile analytics firm Opensignal.

Europe as a region excelled in all five performance metrics used in the study which took data from 43 million devices between January and March 2019, the period of time just before the US and South Korea switched on their 5G networks.

The study compared each country against each other and provided a comparison by continent view too. Europe's dominance was clear; only two out of the top 10 countries across all metrics were from outside the continent.

In the earliest stages of the 5G rollout cycle, networks will merge existing 4G spectrum with spectrum allocated for 5G until mmWave spectrum is made widely available, so a comparison between the world's 4G networks could indicate future leaders and laggers in terms of 5G performance.

One of the most anticipated features of 5G is the download speeds it will provide but across the globe, things look either very good or very bleak with the top score at 52Mbps (South Korea) and the bottom score sitting at just 1.6Mbps (Iraq). The UK scored slightly above average with 21.7 Mbps with most countries scoring between 10-20Mbps.

South Korea was the only nation to exceed 50Mbps but the European frontrunner Norway scored a blistering 48.2Mbps with the Netherlands also bagging more than 40Mbps. 13 out of the top 20 countries were European but the UK didn't even make the top 25.

Latency is also a big marketing tool for the upcoming 5G network which is due for a debut officially in the UK tomorrow provided by EE. But, it's a mediocre area for the UK which scored with an average latency of 46ms, a score beaten by many other countries including Belgium, Czech Republic, Netherlands and Switzerland all of which posted sub-40ms scores.

The UK again scored above average globally in terms of 4G availability with 84.7% of the country receiving the cellular network but it wasn't enough to grace the top 10 in Europe, a metric again spearheaded by Norway and Netherlands with scores of 95.5% and 92.8% respectively.

While they are fairly uncommon, 4G monthly data plans rarely exceed a 20MB allowance - hardly purposeful for regular video streaming while on the move. But for those in Europe that do enjoy watching on the go, the continent has a command over the cellular video streaming performance - 19 out of the top 25 countries were European and the UK only just made it in at number 22.

"It's very early days for 5G, but we've seen a number of commercial launches over the past couple of months, with the US and Asia leading the charge," said Peter Boyland, senior analyst at Opensignal and author of the research paper.

"A lot of markets are still in the process of reallocating spectrum bands for 5G use. But once the first networks are up and running and 5G devices become more widely available, we expect to see the new technology take off in a big way provided the real-world 5G experience is significantly better than the existing mobile experience," he added.

The UK's first 5G network, provided by EE, will launch tomorrow in six cities: London Edinburgh, Belfast, Cardiff, Birmingham and Manchester. It will be the first 5G network launch of the two scheduled this year - Vodafone's own network will go live on 3 July.

Both carriers will be launching in a select number of locations at the start with a view to expanding into the double-digits by the end of the year. O2 and Three, the two other monopolies in the British mobile spectrum, have yet to announce their respective 5G launch plans.

The launch of 5G is exciting some, but many issues still cloud the rollout. The technology that will enable the future of connectivity, mmWave, is years away; EE says it will only be part of its spectrum in 2023 as an estimate.

Signal blockages will be far more significant with 5G than 4G as the type of signal is less penetrative of objects such as buildings. The overarching complaint about 5G is that some areas, as evidenced in the Opensignal report, aren't even serviced by 4G yet and other rural areas are serviced poorly by regular fibre broadband.