With the cost of delivering adequate broadband to rural areas being so high, new funding methods must be devised 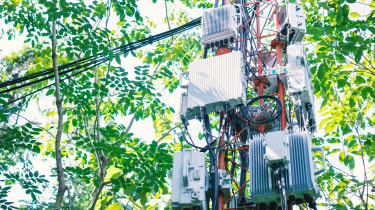 Ofcom has tasked BT and KCOM with the delivery of the UK government's Universal Serice Obligation (USO), an initiative designed to give consumers a lawful right to demand adequate broadband speeds.

The legislation that would entitle consumers to request broadband of at least 10Mbps download speeds, regardless of where they lived, was initially brought in last year.

Now Ofcom has tasked two major broadband providers with delivering connections pursuant these requests and their work will start in March 2020.

According to estimates at the time of the legislation's implementation, around 600,000 consumers and businesses could have benefitted from the scheme and BT said that of that number, 75% of them could be better connected using EE's 4G-based fixed wireless access (FWA) technology.

With an FWA solution available to the majority of the 600,000, BT wants to focus on connecting the remaining 25% as part of the broadband USO.

"Connecting the UK with decent broadband is absolutely key to ensuring that Britain's digital infrastructure is fit for the future," said John Lamont MP, chair of the All-Party Broadband and Communication Group. "Fixed Wireless Access is already transforming people's lives, providing a fast and reliable service that means they can do everything from everyday online tasks like banking or shopping to streaming films or playing games.

"There's still lots more to be done, but this is a positive step forward in the right direction," he added.

Under the legislation for the new service, the cost of providing connections to eligible homes will be paid for up to 3,400 and BT thinks that 40,000 more premises will fall within this threshold but 110,000 won't - highlighting the extraordinary cost of connecting consumers and businesses in rural Britain.

BT is now looking to work together with the government, Ofcom and the wider industry to seek out new funding methods to connect the 110,000 remaining premises which would cost more than 3,400 to get connected.

"BT is very pleased to have been chosen by Ofcom to deliver the Government's promise to connect the UK," said Phillip Jansen, CEO at BT. "It's great news that the majority of homes and businesses in rural areas can choose a fixed wireless service from EE to solve the problem of slow broadband and get speeds way faster than 10Mbps.

"Through Openreach we are now extending our fibre broadband network to reach an additional 40,000 premises within the USO area for whom FWA is not the answer," he added. "We'll continue to drive discussions with Ofcom, Government and industry to explore alternative options to connect up every property in the country and ensure no-one is left behind."

The 600,000 premises left unserviced by adequate broadband speeds only accounts for 2% of Britain, according to Ofcom. Around 95% of premises in the UK have access to superfast broadband which is characterised by download speeds of at least 30Mbps, and more than half have access to ultrafast lines with 300Mbps.

Despite the new initiatives, The Country Land and Business Association (CLA) has called on the government to provide greater intervention in delivering 4G to more rural areas.

The group is pushing for greater development in 'rural roaming', a concept already supported by Ofcom which would see the biggest telecoms companies in the UK banding together to share 4G spectrum and ultimately providing greater 4G FWA coverage to rural Britain.

"A lack of decent broadband is a major issue for everyday life at home -- students rely on the internet for research and to stay in touch with their friends, parents want to work from home, or bank online - and thousands of rural families want to enjoy a wealth of on-demand entertainment," said Sarah Lee, head of policy at the Countryside Alliance.

"Fixed Wireless Access has made a huge difference to our communities by bringing people closer together, and making life so much easier," she added.

BT is having a busy year, it recently announced a consolidation of its 300 UK offices down to just 30. The telecoms group claims the new offices will be either be refurbished existing ones or brand new ones as part of its workplace improvement program.

BT will also leave its St Paul's headquarters in London and is currently searching for an alternative head office in the capital.