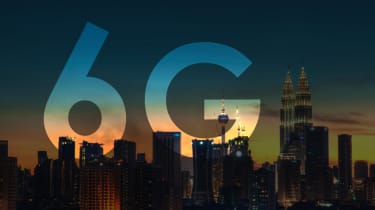 An agreement between three major players in the telecommunications industry has seen the battle for developing 6G intensify just as 5G networks are on the cusp of launching in cities across the world.

South Korean giant SK Telecom has signed a memorandum of understanding (MoU) with both Nokia and Ericsson to improve the performance of existing 5G networks, as well as get the ball rolling on 6G.

SK Telecom launched its network in South Korea earlier this year using equipment supplied by the two networking giants, with the latest agreement targeting a boost to reliability and reduction in latency for future deployments.

The three networking companies will also collaborate on initial research for building a future 6G network, according to the Korean Herald. SK Telecom announced the trio will explore the technological requirements for building the sixth-generation network and then build the core technologies needed to fit into the roadmap.

"The agreement will act as an opportunity to enhance our relationship with Nokia and Ericsson," said SK Telecom's CTO Park Jin-Hyo. "We will enhance more R&D cooperation with the companies in future."

As well as improve the performance of existing networks, the research programme will also see the firms explore the application of artificial intelligence (AI) to a standalone 5G network.

The announcement has been made shortly after Samsung hinted at its own exploration into 6G at the start of June, with its vice chairman Jay Y Lee announcing the company's main focuses for the future. These not only span a sixth-generation mobile network, according to Bloomberg, but blockchain technologies and AI.

Media and telecommunications analyst with PP Foresight Paolo Pescatore told IT Pro that 6G research might seem early at this stage, but it represents a great opportunity to get a head start on rivals.

"With each generation, the rollout of new mobile network technology has happened far more quickly," he said. "Undoubtedly this will also happen with 6G.

"However, telcos' margins are squeezed and it is becoming increasingly harder for them to recoup the significant investment in acquiring new spectrum, and rolling out new mobile networks."

5G networks are only on the cusp of launching in towns and cities across the UK, with mobile network operators like Vodafone, Three and EE recently detailing when and where their networks will open to users.

Three, for instance, will launch a 5G home broadband service for London in August, and a mobile 5G service in an additional 24 locations before the end of the year. Following a trial in St Pauls, meanwhile, EE launched its 5G service on 30 May, but this is only available in certain outdoor settings in six cities at first.