London Underground to get line-wide 4G coverage in 2020 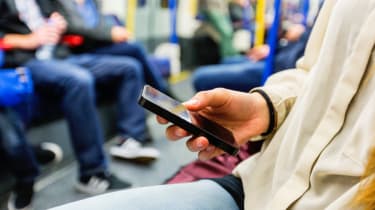 The Jubilee line of London's Underground network will be the first to receive total blanket 4G coverage by mid-2020, including on platforms, in station corridors, ticket halls and even through tunnels, according to Transport for London (TfL).

The initial stretch of the line between Westminster and Canning Town will be the first to trial the mobile connectivity and will hopefully be live by March 2020. Plans currently estimate the whole line to be serviced by the following summer.

While it's unlikely that users will be able to stream video on demand at all times while underground, TfL said it will allow people to check social media, catch-up with emails before heading to the office and check the latest news.

"The London Underground network is an incredibly challenging environment in which to deliver technological improvements, but we are now well on the path to delivering mobile connectivity within our stations and tunnels," said Shashi Verma, CTO at TfL.

"We have begun the complex work to allow our customers to be able to get phone reception within our tunnels from March 2020, with more stations and lines coming online during the coming years," he added.

TfL confirmed to IT Pro there is currently no firm roadmap for getting the entire underground service connected with 4G but the aim is to have total coverage by the mid-2020s.

TfL has been working on bringing 4G connectivity to the Underground for years, with the first trial on the Waterloo and City line back in 2017.

The trial was successfully carried out by the four major carriers Vodafone, O2, Three and EE with results showing that uninterrupted calls could be made while moving from station-to-station, although this wasn't a use case outlined in TfL's most recent announcement.

"I'm delighted that we will be introducing mobile connectivity to the London Underground from next March," said Sadiq Khan, the mayor of London. "This is a really important step for the millions of people who use the Tube each year.

"Introducing 4G and, in the future, 5G will help Londoners and visitors keep in touch and get the latest travel information while on the go," he added. "London is the best place to live, visit and work - and projects like this will help make it even better."

The announcement builds on the Wi-Fi connectivity that's been on the majority of the Tube's platforms since 2012 but didn't extend throughout tunnels, leaving travellers with a small window of connectivity to refresh or load their chosen apps and services.

The project will require more than 2,000 kilometres worth of cabling to be installed outside of operational hours but will be a lengthy process given the line is operational for most hours of most days, as well as operating a night tube service on Fridays and Saturdays.

The 4G connectivity will also host the Home Office's new Emergency Services Network which will replace the existing Airwave system currently in use.

Installing 4G throughout London's Underground might be one of the most logistically challenging subterranean mobile connectivity schemes int he UK, but it's certainly not the first.

Glasgow is currently experimenting with underground 5G networks on its subway, while Newcastle's Tyne and Wear Metro has had spotty 2G coverage down below since 2004. Liverpool's Merseyrail tunnels will soon have Wi-Fi service throughout its tunnelled areas too.

It's likely that the new 4G network will interact with TfL's data collection scheme which it introduced in May 2019. The body said it would start tracking the movements of passengers using data from devices connected to its platform Wi-Fi service in order to improve service announcements within stations to account for factors like foot congestion.