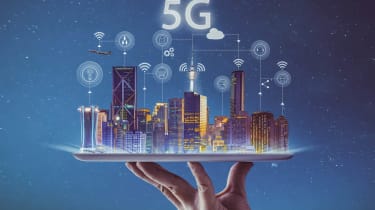 Vodafone and O2 have reached an agreement to share 5G infrastructure in the UK with a view to accelerating the roll-out of the technology across the UK.

The two UK mobile operators will share active equipment such as radio antennas on joint-operated network sites across the country which the companies say will lead to a faster time-to-market and more competitive pricing packages for businesses and consumers.

"Network sharing reaps the benefits of 5G and at the same time reduces the impact on the environment and lowers roll-out costs allowing more investment in services for customers," said Vodafone in a statement.

As part of the network sharing agreement, Vodafone and O2 have agreed to a greater amount of 5G network autonomy on 2,700 sites, which equates to 25% of all sites, across the 23 of the largest UK cities.

This involves sharing of core physical equipment such as masts to reduce the geographical and environmental footprint of the network, while also allowing each carrier to use their own radio equipment and fibre 'backhaul' connection, which affords them the option to deploy future network technologies.

"Greater autonomy in major cities will allow us to accelerate deployment, and together with active network sharing, ensures that our customers will get super-fast 5G in even more places more quickly, using fewer masts," said Nick Jeffery, CEO of Vodafone UK.

"We can boost capacity where our customers need it most so they can take full advantage of our new unlimited plans," he added. "And it demonstrates our commitment to further invest in our multi-billion pound network in the years to come, helping the UK become a digital pioneer."

The announcement builds on the two carriers' partnership, named Cornerstone, which was first agreed upon in 2012 when they were building out their 4G networks and allowed the pair to reduce costs by hundreds of millions of pounds.

It was originally a deal which saw O2 build and maintain new masts in the east of the UK and Vodafone in the west, but today's announcement has been described as "a natural extension to the existing partnership" by telco analyst Paolo Pescatore.

Vodafone said in today's announcement that Cornerstone "will take an additional role in the deployment of both networks and look to capture further operational efficiencies. In addition, Vodafone and O2 will now proceed to explore potential monetisation options for Cornerstone".

Due to the infancy of the technology, it's difficult to gauge the success of deals like this, due to the required investment being so high, which could increase the time it will take to see an ROI.

"Telcos needs to be wary and smarter with their network investment," Pescatore told IT Pro. "Bottom line, the business model for 5G is unproven so it will be extremely challenging for telcos to recoup the huge investment in the short to medium term."