O2 to launch its 5G network in October

It may be the last UK carrier to join the 5G party, but it's the first do so without Huawei 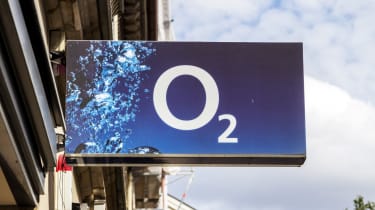 O2 has said it plans to launch its 5G network in October, making it the last of the UK's four mobile carriers to commit to the new generation of mobile infrastructure.

The launch will initially be in six cities: the four UK capitals, Slough (location of O2's headquarters) and Leeds. By the end of 2019, 20 towns and cities will be able to access O2's 5G network, with a further goal of 50 being set for Summer 2020.

O2 said it will focus on high-demand areas of towns and cities at first, such as transport hubs, densely populated business districts and venues such as London's O2 arena and Twickenham Stadium.

"5G is going to be a game-changer for our country," said Mark Evans, CEO, Telefnica UK (which trades as O2). "Whether it's for people or businesses, the power of this next-generation network is going to unlock a world of possibilities for our economy and society.

Although O2's 5G plans have been described by the CEO as "industry-leading", no details of pricing or data allowances have been released at this time.

"O2 still hasn't told consumers how its 5G services will be priced," said Ernest Doku, mobiles expert at USwitch.com. "Customers will value competitive pricing highly, so will not be able to make an informed decision on which 5G provider to choose until all the information is available to them."

Industry experts are split in terms of attitudes to the announcement made by O2, as it confirms it will be the last operator to switch on 5G, providing Three sticks to its August promise.

"Though O2 will be the last to offer 5G services, it is still early days as the network is not widely available," said Paolo Pescatore, independent telco analyst. "The move is good in the interests of UK and it will be one of the first countries in the world to have all mobile operators offering 5G connectivity."

Others question the lack of diversity in the four carriers' launch cities, focussing largely on the capital cities and how it could contribute to the UK's digital divide.

"There remains a risk that the 5G roll-out could worsen the UK's digital divide," said Doku. "The launch areas generally already enjoy superior connectivity to much of the rest of the country, and concerns abound that 5G will not address issues like 'not spots', or at least not in the immediate future."

O2 might be the last network to switch on 5G in the UK, but it'll be the first to do so without any help from Huawei's active infrastructure, despite using the Chinese tech giant's equipment in its 4G network.

"We respect all three operators, they were thorough in their submissions," Evans told the BBC. "But we were convinced that the best choices for us at this time are our current partners, which are Ericsson and Nokia."

Vodafone and O2 announced yesterday they would be extending their Cornerstone agreement, dating back to 2012, and sharing passive infrastructures such as masts and the sites they sit on, while still being free to choose their own active equipment such as radios and power supplies.

The agreement is aimed at accelerating the deployment of 5G in the UK while minimising the geographical and environmental footprint of the network.

The decision for O2 to launch in six cities reflects the trend most carriers have taken with their launches. EE was the first to go live in six cities back in May and Vodafone one-upped them earlier this month with seven cities receiving its coverage.

Three has kept details of its launch plans secret - not much has been confirmed other than a London launch in August as a starting point, but 24 more towns and cities are set to go live by the end of the year.