Coming in with unlimited data and speeds on what will be the fastest network in the country, Three's strategy could shake up 5G competition 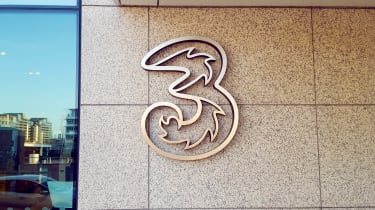 Three has unveiled its strategy for its 5G service in the UK today, offering unlimited data and speeds at no extra cost for customers.

The announcement comes after a relatively long period of silence from the carrier known for its favourable data plans on its 4G network, with the only known selling point being the 100MHz contiguous spectrum that will enable Three to be the only "network that can offer customers a 'true' 5G experience", the company claimed.

"Its far stronger spectrum position in 5G gives it a significant competitive advantage over rivals," said independent telco analyst Paolo Pescatore. "With this in mind, its 5G service will be the fastest. The move to unlimited is great for consumers.

"However, the move to unlimited means that revenue per user is capped as well," he added. "Extrapolating further revenue from users will be challenging."

Three's August 5G launch, with no set date as of yet, could be described as a tepid one compared to its competitors as it's only going to be in one city at the beginning - London - with a further 24 towns and cities to go live by year's end.

Three's 5G strategy is an interesting one as all customers will be able to access the same 5G network, regardless of whether they're on contract, SIM-only or pay as you go (PAYG).

It differs from Vodafone's pricing plan whereby data is unlimited across the board, but customers instead pay for the luxury of speed - cheaper plans come with the caveat of speed caps.

Three's SIM-only plans will start 20 for uncapped speeds and data on a 24-month contract and increase to 24 per month on 12-month contracts.

Business-specific plans remain a mystery but speeds are likely to be a huge selling point for the network given that EE and Vodafone, the only two carriers to operate active 5G networks, are operating on sub-6GHz spectrums as of right now.

"Three is leading the way with 5G, by providing our customers with unlimited data and the fastest speeds," said Dave Dyson, CEO at Three. "Our customers will be able to enjoy and explore a full 5G experience, at the same cost as 4G.

"The forthcoming months are going to be game-changing and with our unrestricted plans, we are looking forward to unleashing the full potential of 5G to all," he added.

Three is the UK network known for its well-priced and data-generous 4G plans, the carrier claims its customers use 3.5x more data than customer son any other network and it predicts 5G will increase the mobile data consumption thirteen-fold.

Customers will be able to buy three 5G devices from Three to make use of its 5G network: the Huawei Mate 20 X 5G which was released today while the Samsung Galaxy S10 5G and the Xiaomi Mi Mix 3 5G will become available later this month.

Three will be the third of the four UK carriers to launch a 5G service with EE spearheading the rollout in May and Vodaonfe following on 3 July.

O2 announced the launch of its 5G network with an unspecified October date on Thursday, which will make it the last to switch on its network. So far, the carrier is yet to reveal its pricing strategy, but as more network operators enter the fray, we can expect pricing and service benefits to get much more competitive.

Following O2's announcement, Sky Mobile announced it will launch its own 5G network a month late rin November 2019. Sky acts a mobile virtual network operator (MVNO) and will use O2's infrastructure to deliver its 5G service to customers.

"The mobile network operators need to watch out as this move poses a considerable threat," said Pescatore. "5G represents a significant opportunity for Sky to steal market share."

"It is becoming harder for telcos to differentiate on connectivity beyond price alone," he added. "Sky armed with its innovative mobile features and breadth of content is very well placed to compete head-on. For now, from an overall services perspective, it seems to be in pole position."