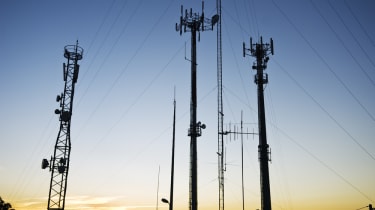 The Department for Digital, Culture, Media and Sport (DCMS) has challenged rural areas across the UK to compete for a slice of a 30 million fund to research and develop apps that take advantage of 5G technology.

The contest, dubbed the Rural Connected Communities competition, will see up to ten rural areas selected to run 5G trials that will eventually precede bouts of commercial investment. It's part of a wider 200 million programme to pioneer 5G testbeds across the UK, run by DCMS in partnership with the Ministry of Housing, Communities and Local Government.

The government has also launched a consultation on plans to simplify planning rules to make it easier to build mobile infrastructure and boost network coverage in hard-to-reach parts of the country.

"The British countryside has always been a hotbed of pioneering industries and we're making sure our rural communities aren't left behind in the digital age," said digital secretary Nicky Morgan.

"In modern Britain, people expect to be connected wherever they are. And so we're committed to securing widespread mobile coverage and must make sure we have the right planning laws to give the UK the best infrastructure to stay ahead."

5G technology has been deployed in the Orkney Islands, the government has said, to remotely monitor salmon fisheries and improve the efficiency of wind farms. Shropshire has also seen 5G networking used to implement targeted crop-spraying and soil analysis with drones. The government is hoping its further trials pursue similar practical use cases.

The consultation on simplifying planning rules, meanwhile, involves reducing the barriers to building out 5G infrastructure. One key plank includes raising the maximum height of masts for mobile coverage and promoting mast sharing to minimise the need to build more.

"The vast potential of the rural economy will only be fulfilled when everyone in the countryside has full mobile connectivity, and we welcome DCMS's intent to deliver the Prime Minister's promise of internet access for all," said deputy president of the Country Land and Business Association (CLA) Mark Bridgeman.

"The current situation, where only 67% of the country can access a decent signal, is unacceptable and Government is right to focus on planning reform as a means to removing current barriers but there must also be a balance between the interests of landowners and mobile operators."

The CLA has previously campaigned on boosting rural network coverage, repeatedly urging the government to intervene. The organisation has claimed in the past, for example, that rural 4G network coverage will only reach satisfactory levels if mobile network operators are compelled by regulators to share bandwidth.

Experts, meanwhile, have previously claimed that widespread spectrum sharing is one of the best and only ways to spread 5G coverage across the UK. Not doing so, they warned at a Westminster eForum in March, will hamper nationwide coverage.