NSX family receives a range of new capabilities and additions 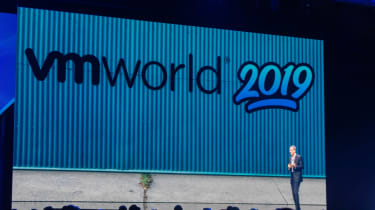 VMware has announced a number of additions and updates to its networking portfolio, most notably in its SD-WAN and edge computing portfolio.

Debuted at VMworld 2019, and following yesterday's news around hybrid cloud and Kubernetes, the bulk of the updates concern the company's NSX network virtualisation products.

"In [NSX-T] 2.5, we've added performance enhancements for cloud-native container applications, we've introduced compliant certification for FIPS and other compliance requirements, and we've simplified operations with additional automation, higher level API's and some cool new dashboards and wizards," said Tom Gillis, VMware's senior vice president and general manager of networking and security. "Because that's really our goal was to try to let the computers do the work, and make this easier for the customers to deploy."

Accompanying this announcement is the news that the company is integrating a new distributed analytics engine dubbed NSX Intelligence into NSX-T. NSX Intelligence offers packet-level insight for containerised and virtualised workloads, helping security teams with detection, remediation and overall visibility. While this new tool only analyses virtualised workloads running in the data centre, it combines with the newly-updated vRealize Network Intelligence 5.0 (which now supports VMware SD-WAN and Azure) to provide a broad coverage from the data centre to the network edge.

VMware has also formally introduced NSX Advanced Load Balancer, a software-defined tool designed to offer extreme scalability and easier management, as well as new automation capabilities. The product is based on Avi Networks' core technology, which VMware acquired earlier this year, and is the next step in the company's mission to completely eliminate dedicated hardware from the data centre.

"You see these hardware load balancers, they're kind of like the last mainframe of the data centres; like, these rigid, proprietary systems. And the problem you have with them is that you have to provision for peak capacity, you can't provision them on demand. So it's a piece of very expensive 80% gross margin proprietary hardware, that most of the time is sitting there running a 5% utilisation," Gillis said. "So that's really what we're doing now, is replacing the last vestiges of dedicated hardware in the data centre. And it's not just a rip-and-replace it's an opportunity to really rethink how these services are delivered."

VMware's edge portfolio has also seen a few updates. The majority such as the acquisition of AI-based radio access network tuning company Uhana, or the release of VMware Integrated OpenStack 6.0 are geared predominantly towards VMware's telco customers. But one announcement that may be more relevant to general customers is the launch of an on-premise version of Pulse IoT Center 2.0, giving non-cloud customers more flexibility and functionality for managing IoT fleets.

The company also announced that the co-branded SD-WAN package created with parent company Dell has now been released globally, following an early preview of the product at Dell Technologies World earlier this year.