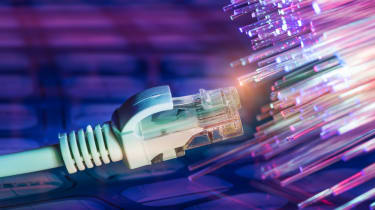 Liberty Global has appointed the LionTree investment bank to find partners to build out Liberty Fibre's new fibre network that aims to reach beyond the most populated areas in Britain, according to the FT.

Liberty Global owns Virgin Media, currently the second-largest broadband provider in the UK and, according to people familiar with the matter, Sky could join the broadband behemoth as both an investor in the business and a potential customer.

Sky is also currently held in talks with Virgin Media about a potential deal to piggyback off of its infrastructure, which covers half the country, to extend Sky's six million customer reach.

Sky and BT both use Openreach's cable to deliver their respective networks to customers but the new network proposal may push Openreach to strike a new deal with Sky, amid its own plans to accelerate full fibre rollout.

The new full fibre network is a step forward to push connectivity to the lesser connected parts of the country and could place considerable pressure on BT, which currently dominates the home broadband sector.

If a deal is struck, it would extend the long-running relationship shared between Brian Roberts and John Malone, the CEO of Comcast (which owns Sky) and the chair of Liberty Global respectively.

The two companies have enjoyed considerable success in the US cable market for decades.

The Competition and Markets Authority declined to speculate on any potential investigations of mergers that haven't happened yet, however, it will likely be taking a keen interest in the deal given the size of the players involved.

According to the sources, Liberty Global will apply for "code powers" from Ofcom - the approval needed to start building networks with a view to lay the first cable in summer 2020.

The current government's pledge, led by Prime Minister Boris Johnson, is to have nationwide full fibre coverage by 2025 - a feat only possible if a sizable 30 billion investment is made and an additional 30,000 workers are deployed, according to broadband leader BT.

Sky was blasted by a report earlier this year, along with competitor TalkTalk, for not providing its customers with the broadband speeds the company originally advertised.

Poor speeds, poor value, connection dropouts and general service problems were all criticisms that were directed at the pair of providers.