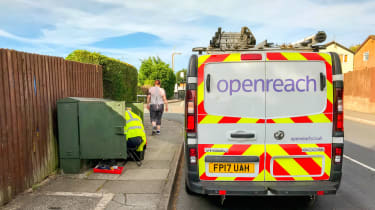 Openreach has announced it will be standardising the costs of installing full fibre broadband for new commercial sites, making it easier for small businesses to work out what costs will be involved in their site's project.

The new standardised pricing structure will replace the bespoke pricing for commercial sites with two to 29 plots, which allows businesses to budget further ahead of the installation of superfast broadband.

It resembles the pricing structure of the sub-30 initiative introduced last year that aimed to reduce the price of installation to new homes by 75%.

The benefits of the new structure include an expedited decision-making process for the site's developer, while also providing increased certainty - rather than cutting down costs like last year's initiative.

Targeting SMBs, small offices and sole traders, the new pricing structure aims to bring the next generation of fixed-line connectivity to more of Britain and get people and businesses away from the legacy copper cable technology that is on course to be retired by 2025.

"Although some copper cable will still be present in the network whilst full fibre is being installed, traditional copper only telephone lines will become a thing of the past," said Openreach.

"To ensure the same services that traditionally needed a dial tone over copper can still function, fibre takes advantage of a new way of delivering connectivity - IP services. Installing full fibre on your development means you'll be ready for this change, giving your site the distinct advantage of a future proof connectivity solution over copper only competitors," the company added.

Ethernet offers symmetrical bandwidth which means customers can get the same speeds for both uploads and downloads.

Fibre to the Premises (FTTP) offers asymmetrical bandwidth which will mean download speeds, for example, can be much higher than upload speeds - it all depends on what the business needs from its network.

Ethernet promises greater reliability and speeds which will be important for customers with businesses on the larger side such as those who rely on the smooth operation of high volume e-commerce orders for revenue.

The smallest businesses and sole traders may not need a network as robust as the one that ethernet can provide, so the more affordable FTTP option may their best bet. These are the customers that will benefit from this new standardised pricing structure.

The pricing structure varies depending on how large the site is; the more plots a business has the less cost incurred overall. 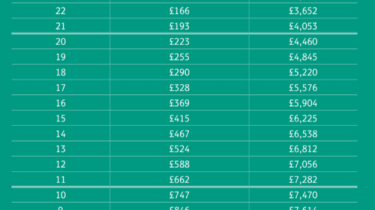 The charge for the FTTP line will be paid for by the developer and not the end-customer. A developer of a site such as an office block can then lease the facility out to a small business, for example.

An Openreach spokesperson told IT Pro that around 5,000 businesses every year are serviced by the company - a figure it hopes will rise slightly this year.

While the copper cable infrastructure that powers Britain's dial tone phone lines is set to be retired by 2025 under Prime Minister Boris Johnson's promise, the claims have been met with criticism from the industry.

National broadband leader BT has said that in order for Johnson's nationwide full fibre pledge to become a reality, the government would need to invest a substantial 30 billion and deploy an additional 30,000 workers.

The potential deal Sky might strike with Liberty Global's fibre connectivity subsidiary could also put pressure on BT and Openreach as it could lead to a much more competitive fibre market.

With the backing of Sky and Virgin Media, a Liberty Global-owned company, BT could face staunch opposition in years to come in the home and the business broadband market if Liberty's network becomes as prolific as the company's cable services in the US.