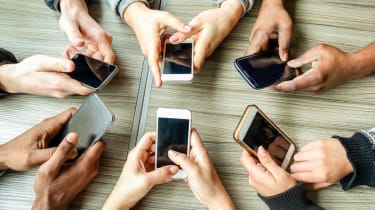 As 5G hype wages on, mobile network operator Three has launched its plans to improve existing 4G networks for customers by installing more antennas and rolling out a new 1400MHz spectrum.

The L-Band spectrum, which Qualcomm sold to Three and Vodafone in 2015, will be deployed in tandem with the company's 5G networks to improve performance by 150%, the operator revealed.

This improvement only applies to customers using compatible devices, however, but those using older devices still expected to see a modest 50% performance boost.

"5G is a game changer for Three's current and future customers. It will bring faster speeds, a better experience and masses of capacity which will benefit our 4G customers as well," said Three's CEO David Dyson.

"While we are investing heavily in 5G, 4G is still very important for our mobile and home broadband services. These upgrades will ensure that our data hungry customers are getting the best possible 4G experience as 5G rolls out."

The L-Band upgrade will be applied to approximately 6,000 of Three's most popular sites over the next four years, with many improvements already underway. Some 12,500 lingering 3G sites will also see speed upgrades of up to 40% as some of the 3G spectrum is switched over to 4G.

This follows Three's decision to 'kill off' 3G mobile phones last year and only sell 4G or 5G-enable handsets.

The network also confirmed that 3,960 of its sites have benefitted from a 15% performance improvement due to LTE-Advanced Carrier Aggregation technology, which manifests as a '4G+' icon on users' phones.

Three's plans to boost its legacy networks comes a month after the operator launched its 5G network in London, touted as the first fully unlimited next-gen network with a single plan costing 35 per month.

The uptake of 5G technology, however, is expected to be slow, with users likely to stick to just-as-capable 4G networks for years to come until 5G coverage is more widespread and costs are reduced.

Rival networks like Vodafone and EE have also launched their 5G services, with O2 expected to launch its network in October.