A guide to the standard that helped launch the 4G revolution 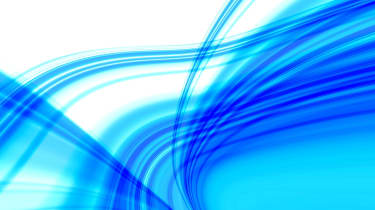 Long Term Evolution (LTE) is a networking standard developed to provide increased speed and efficiency for mobile broadband. It would eventually become the first iteration of 4G.

You will often see LTE in marketing material as "4G LTE", but, in reality, the standard falls short of the speed requirements of 4G and is often referred to as 3.95G (in reference to the previous generation).

Where did LTE come from?

LTE, like similar standards in the space, is developed by the 3rd Generation Partner Project (3GPP), a group also responsible for the 2G standard GSM and the 3G technology UMTS from which LTE is based.

The ambition of LTE was to modernize wireless networks by using more modern digital signal processing technology, ultimately increasing speed and network capacity. However, LTE would also serve the purpose of standardizing and simplifying various network technologies across the globe, given that the type of standard used varied between territories.

In the case of the US and Canada, technology based on the code-division multiple access (CDMA) standard was more popular than the GSM standard, which was favored across Europe.

This was the case throughout the 80s and 90s, until efforts began to create an interface on a separate radio spectrum, making it incompatible with 2G and 3G, but one that everyone could adopt.

The idea of LTE was first proposed in 2004 by NTT Docomo, Japan's largest mobile phone operator, but it wasn't until 2007 that a global alliance of vendors and operators formed to promote adoption, known as the LTE/SAE Trial Initiative (SAE being the core infrastructure for the LTE standard).

This led to the first LTE service becoming available in late 2009 in Oslo and Stockholm, shortly followed by most major US mobile carriers in 2010, which had all agreed to migrate away from CDMA standards.

It's best to think of LTE as being the first foray into fourth-generation wireless technology, but one that never quite achieved the required speeds. It's certainly a technological leap over the previous generation but is not as good as 4G, which is why it's sometimes referred to as 3.95G.

However, it was hoped that LTE would realize the dream of 4G technology - that is, speeds of up to 1,000 Mbits/sec download and 500 Mbits/sec upload. The International Telecommunications Union-Radio (ITU-R), the organization responsible for managing international radio spectrum, originally set out the desired expectations of 4G back in 2008. A number of different proposed standards, including LTE, were unsuccessful in ever achieving the full requirements of 4G following ITU-R assessments in 2010, which revealed peak download speeds of 100 Mbits/sec and upload speeds of 30 Mbits/sec.

That left a problem for the market, as the carriers who had migrated to LTE were offering a substantially better and faster service than 3G, but were unable to market it as such. Ultimately, largely due to market pressure, the LTE standard was allowed to be marketed as 4G despite falling far short of the requirements.

LTE-Advanced was developed to be the next stage of LTE, bringing speeds a little closer to 4G expectations.

As LTE is often marketed as 4G LTE, the ITU-R has designated LTE-Advanced as "True 4G", as it's now capable of meeting the 1,000 Mbits/sec download and 500 Mbits/sec upload speeds. However, in terms of broad vendor marketing tactics, it's incredibly difficult to figure out what speeds are actually being offered.

A major component of LTE-A, and something that is enabling higher speeds, is carrier aggregation, which increases the overall bandwidth. This works by allowing devices to combine up to five carriers together, each providing up to 20 MHz each, for an additional 100 MHz.

In reality, the speeds that an LTE network can technically achieve are never what the end-user actually receives (as outlined below).

According to the latest report by the Global Mobile Suppliers Association (GSA), there are currently 304 commercially launched LTE-Advanced networks spread across 134 countries.

In addition, some 335 operators in 141 countries are currently investing in LTE-Advanced, which includes trials, tests and full deployments, with many of those looking to incorporate the latest versions of the standard into their services.

As of August 2019, there are only a handful of regions without LTE services of any kind, known as LTE not-spots. Niger and Niue were the two most recent countries to roll out LTE, meaning that LTE not-spots are now mainly found in African, specifically Central African Republic and Djibouti, and across territories with remote islands. Equatorial Guinea, South Sudan, Western Sahara, Mauritania, Eritrea are also still without LTE services, as well as Cuba and North Korea.

In terms of market leaders, South Korea continues to dominate as the best place in the world for download speeds. In fact, according to the latest report by OpenSignal, the region has managed to surpass 50 Mbits/sec, while the world average is still less than 20 Mbits/sec. This is closely followed by Norway at 48.2 Mbits/sec, and then Canada at 42 Mbits/sec.

LTE in the US

In terms of speeds, the US ranks 30th globally, but slightly above the market average at 21.3 Mbits/sec.

However, where the US does particularly well is in the availability of LTE. Currently, global average availability is around 80% across the 87 regions assessed. However, 15 of these are providing 90%, including the US (ranked 5th) that's particularly impressive given the geographic scale of the country.

Improvements to availability have largely been the result of increased competition between major providers Verizon and T-Mobile. Throughout 2017, most of the major providers invested heavily in LTE network services, either by simply repurposing older 2G and 3G spectrum for 4G, by adding more modern antenna equipment or by making use of carrier aggregation.

According to OpenSignal's most recent Mobile Network Experience Report, T-Mobile retains the crown for LTE speeds. However, T-Mobile, Verizon and, most recently, AT&T, have all passed the 20 Mbits/sec mark in average speed across the US 22.9, 23.9 and 22.5 Mbits/sec respectively.

Sprint remains significantly behind at 19 Mbits/sec  this is despite the carrier seeing an almost 50% jump in its speed over the past two years.

In terms of availability, there is very little sunlight between Verizon and T-Mobile, with customers on both networks being able to access LTE almost 95% of the time. There is also almost no difference between AT&T and Sprint in this regard, with customers enjoying 89% for both networks.

For a regional breakdown, head to OpenSignal's online tool.