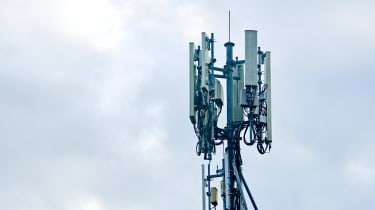 Vodafone has launched what it claims is experimental network-sharing technology to broaden the number of suppliers that can offer 4G access in less populated areas of the UK.

Collaborating with Intel, the network giant's system of open radio access networks (OpenRAN) is a project devised to release cutting-edge networking equipment from the stranglehold of a small number of companies, in what is believed to be the first of its kind in Europe.

With OpenRAN, Vodafone is hoping the design of hardware and software in networking infrastructure becomes standardised so it can be used by a wider number of providers to more easily deliver mobile data services to rural areas.

As the company launches OpenRAN trials in the UK, it has also expanded its partner vendors to include UK-based Lime Microsystems for Open CrowdCell, as well as the US firms Parallel Wireless and Mavenir.

This greater choice of suppliers, Vodafone hopes, will increase the flexibility of network operators and address some of the cost barriers of building and running infrastructure in hard-to-reach parts of the UK.

"We are pleased with trials of OpenRAN and are ready to fast track it into Europe as we seek to actively expand our vendor ecosystem," said Vodafone's CEO Nick Read.

"OpenRAN improves the network economics enabling us to reach more people in rural communities and that supports our goal to build digital societies in which no-one is left behind."

Trials will run in 120 rural locations in the UK as well as abroad, including the Democratic Republic of Congo (DRC) and Mozambique, building on a string of past 2G, 3G and 4G experiments in less-developed nations.

Vodafone's announcement feeds into industry and public sector efforts to expand networking access to less urban areas given the staggering infrastructure gap that exists in the UK.

A report published last month illustrated the scale of the challenge in bridging the chasm that exists between cities and the countryside, suggesting efforts thus far haven't kept up with the pace of demand. Rural-based businesses, as a result of sub-par efforts, are being held back by the lack of reliable 3G and 4G, not to mention in-the-works 5G technology.

The trials have also begun at a time when UK operators are attempting to wind down their reliance on Huawei, one of the three major network infrastructure giants alongside Ericsson and Nokia.

This has been in light of concerns over security and reliability of the hardware and software underpinning their networks. In December, for example, BT set out its plans to withdraw Huawei tech from 4G infrastructure within the next two years.