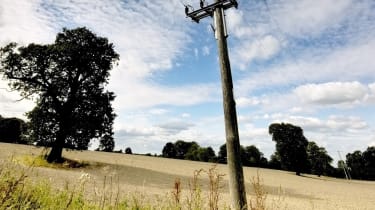 The government has teamed up with the mobile networking industry to promote cooperation as a means of eliminating 4G blind spots across the UK.

Major network operators EE, Three, Vodafone, and O2 will pledge 530 million into creating the Shared Rural Network (SRA), which will be backed with an additional 500 million of public money. This is in an attempt to tackle the longstanding issue of network coverage disparities across rural and urban areas.

The newly-created organisation will use the 1 billion fund to expand 4G coverage to 95% of the UK by the year 2025. This includes providing additional coverage to 280,000 homes and businesses as well as 16,000km of roads.

These proposals chime with recommendations that experts have been making for months. Melissa Giordano, deputy director of mobile infrastructure and spectrum at the Department for Digital Culture Media and Sport (DCMS), for example, hinted at such plans in March when speaking at a Westminster eForum.

Organisations such as the Country Land and Business Association (CLA), meanwhile, have persistently called for the government to intervene to end the urban-rural 4G divide, in a similar way to how it's taken action in the broadband industry.

"We know the countryside has huge potential for job creation and new economic growth, but in order for this to happen we must ensure every community in the country is fully-connected," said CLA deputy president Mark Bridgeman. "Today's news is a big step towards achieving that goal.

"This announcement will be welcomed by everyone who lives or works in the countryside. We have been hugely frustrated at the lack of progress in improving mobile reception to date, but the legal coverage obligations now put on operators to improve the situation, through the delivery of a Single Rural Network, will ensure demonstrable improvements over the next few years for rural communities."

The first objective, to close partial blindspots, will see the four operators use their portion of the investment to share existing infrastructure in areas where there's coverage from at least one network. In practice, it means that areas with 4G service from just the O2 network, for example, will eventually be serviced by all providers.

The second objective will then see the government commit up to 500 million to further eliminate blindspots in rural areas where there's no coverage from any network operator. Moreover, Emergency Services Network infrastructure, owned by the government, will be made available to all four network operators.

Ofcom had previously suggested a forthcoming spectrum auction for use of the 700MHz and 3.6 - 3.8GHz bands could be the best way to boost rural networking coverage. The SRA represents an alternative plan, which the government says will deliver more effective coverage since it hinges on cooperation between network operators as opposed to competition, which has thus far done little to improve rural network coverage.

The proposals are ambitious, and a deadline of 2025 is reminiscent of the government's former ambitions to implement full-fibre broadband, recently shelved after extreme industry scepticism.

The prime minister Boris Johnson had initially labelled the previous broadband target for 2033 as "laughably unambitious" and brought forward the full-fibre pledge by eight years. This was eventually watered down to feature the installation of gigabit connections where full-fibre was not possible, and then pledge was ultimately abandoned altogether.

However, there are no suggestions from the participating networks that the 2025 target would be as difficult for the government to meet.