IT Pro Panel: Taking the pain out of networking

Can new technologies like SD-WAN help make networking less of a headache for IT teams? 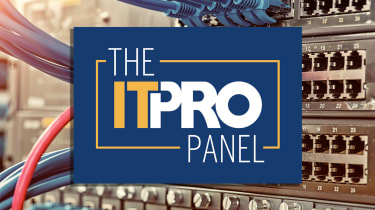 There are few things more frustrating than having to wrestle with a slow or shaky internet connection when you're trying to get something done. The connectivity that powers modern devices and applications has developed dramatically over the last several years but unfortunately, networking remains a major headache for businesses of all sizes.

Whether it's unreliable Wi-Fi signals, complicated network paths or outdated infrastructure, the network function inevitably ends up becoming a source of stress for IT admins and CIOs sooner or later. We spoke to some of IT Pro's expert panellists to find out why it's still such a problem, and how IT leaders are using new technology to bear some of the burden.

For Domino's UK and Ireland CISO, Paul Watts, there are three primary pain points when it comes to networking infrastructure: carrier and supplier management (particularly when dealing with multiple parties), the enforcement of "company owned, contractor operated" policies, and a lack of formal practices like strong change management and documentation.

Richmond Events' director of IT, Liam Quinn, also cites time as a factor. "I agree with Paul," he says, noting that suppliers "can't provision external connections any faster today than they did 20 years ago".

"Totally," Watts agrees; "wayleave protocols haven't changed and digs are not pragmatic - I've seen the same piece of road dug up several times within weeks of each other to lay fibre, for example - so provisioning lead-times are still ridiculous. Some things never change. In some cases it's easier to go over than under, which is why we are dead interested in the LTE to 5G roadmap - although it isn't anywhere near feasible yet."

Another issue is the changing attitude of users. Despite advances in speed and reliability, complaints about networking from end-users within a business have remained a constant presence, and Watts explains that people have become used to fast and stable home Wi-Fi connections.

"Consumers now easily relate business networking with the speed and reliability of Wi-Fi and 4G because it transcends into their private life," he says. "What happens after the access point or cell is an enigma, and they don't care about it because they can't see it."

"IT is not completely in control of the demand profile anymore. Oh, and you might have noticed that most businesses think bandwidth is an infinite resource - a bit like the magic laundry basket in my son's bedroom!"

"That also leads to the (over) reliance in some situations on Wi-Fi," Quinn adds. "Not only do people believe they have the same bandwidth in the office that they do at home, they also think that Wi-Fi is an infinite pipe able to handle everybody having 3+ devices."

This issue is exacerbated by the ever-looming disconnect between business and IT - a problem that Watts has highlighted previously.

"It comes back to a point I've made in many an IT Pro Panel; the business-IT relationship has to be more sustained and less transactional to give IT any chance of keeping up with the cadence of change in a modern business. There needs to be a proper relationship."

"I've seen so many examples where the business has restacked a piece of floorspace but has not asked IT to check the WAPs are still in the right place to meet the change in demand that will invariably occur. Then they have the audacity to whinge at IT, who haven't even appreciated the change was going to happen so they get an opportunity to be proactive!

"It comes as a surprise when the business realises that CIOs and IT operatives are not clairvoyant!"

"I think networking is a difficult topic to get excited about," says Killian Faughnan, Wiliam Hill Group CISO. "It needs to work, and it working well is critical, but you don't really worry about it until it gets in the way. Of course, then it becomes your biggest concern!"

WAN for the road

Business networking isn't just about Wi-Fi though; branch and data centre connectivity is arguably even more vital. However, many businesses still rely on expensive MPLS connections to bridge the distances between remote locations.

"My worst networking horror story was 'upgrading' a transatlantic link to use a set of bonded pairs," Quinn reveals. "It was supposed to give a far superior throughput than the existing MPLS - which it did, until you actually put some proper data through it, when it gave up and shut down. Not ideal for regular synchronising of the CRM system! The MPLS went back in very quickly. The best bit was that the provider argued for ages that the line was delivering what it should, and the latency issue wasn't a problem."

In order to reduce his reliance on MPLS, Quinn is currently investigating the potential of moving to an SD-WAN architecture, which he hopes will reduce cost and improve performance and management headaches.

"Latency has been my nemesis ever since we introduced Citrix 16 years ago," he explains, "and it's an area where I think SD-WAN could be very effective, allowing the amalgamation of high quality and high bandwidth lines into something that's easier to manage and allows us to send the right traffic down the right line."

"The sooner I can implement it, the better! I want to reduce my MPLS requirements to only VoIP and KVM, then offload everything else onto cheap domestic lines."

However, he notes that picking the right manufacturer is key, as "all SD-WAN solutions are definitely not made equal". This is also something that Chris Stanley, IT manager for ICC Wales, has grappled with in his search for the best vendor to support his business.

"As we expand with more hotels, we are looking for SD-WAN to provide reliable connectivity and an attractive cost point; currently we use EAD connections to two of our hotels, which can be quite expensive."

His key concern, he says, is finding a supplier that understands the specific needs of his business. Celtic Manor resorts and the ICC Wales are largely run on Dell Technologies infrastructure, and Stanley says that VMware's VeloCloud offering has been a promising early contender.

Domino's is also rolling out an SD-WAN architecture and as CISO, Watts' primary concern has been ensuring that the proper planning is carried out to keep the new architecture secure.

"The biggest consideration from me has been ensuring topology designs are properly threat-assessed and reminding the architects that the design may inhibit existing security controls/netflows/segregation - all of which impact the risk position," he says. "It's not a case of overlaying one new network with another, and turning the old one off."

"There were a number of factors driving a need to overhaul the network infrastructure and I think SD-WAN offered a way to futureproof, among other things. We have a multitude of wide- and narrow-band sites and assets to cater for utilising ADSL, LTE, leased lines and SatCom circuits. SD-WAN gave us good central control over all those branches and all of those mediums. The rest is network witchcraft I try not to get involved in!"

"I'd also throw in that even in the world of network engineers, the WAN side of things isn't always fully understood," Faughnan adds. "Once you're running above 5mb/sec, latency starts to have the biggest impact on your network, something that is often glossed over. Not to mention a lot of providers opt for cheapest path routing rather than fastest - meaning that your expensive MPLS cloud is actually configured to go slower if it's cheaper for the ISP."

The key thing that businesses need to bear in mind, Faughnan says, is that they need to be realistic about their expectations - especially when it comes to service levels.

"Quality - of Wi-Fi, MPLS selection or anything else - requires downtime. If we want to be able to tune things to deliver an excellent service, you need to dedicate time to do so."