ARPANET’s first transmission is 50, but its influence is still felt today 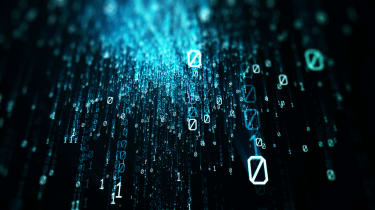 Today marks the 50th anniversary of the first-ever transmission made across the Advanced Research Projects Agency Network, aka ARPANET, the predecessor of the internet.

On 29 October 1969, University of California, Los Angeles student programmer Charley Kline sent the first message across ARPANET, transmitting the word lo' in an attempt to use the network to login to a computer at the Stamford Research Institute from UCLA's SDS Sigma 7 computer. That message crashed the system, but that still marked the first transmitted message across what would be the precursor to the online world we enjoy today.

An hour later the code that crashed the system was fixed and the SDS Sigma 7 computer successfully made a connection with the machine at SRI and a full login was completed. From 21 November 1969, a permanent connection between the two academic institutions was made between their respective interface message processors, which were effectively early-day routers.

Essentially an early packet-switching network, from 1969 onwards, ARPANET paved the way for the internet and subsequently the World Wide Web, and all the good and bad both have bought into the world.

A brief history of ARPANET 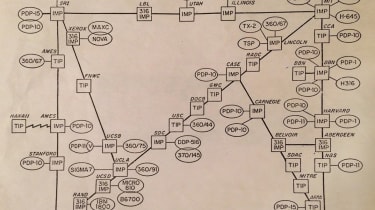 The idea behind it was to use interface message processors to act as gateways to connect various computers together rather than having mainframes attempt to connect to other mainframes directly.

Whereas previous networks had relied on circuit switching to transfer data, ARPANET would send small "packets" of information across various paths of interconnected interface message processors, which would be known as nodes, with that information being reconstructed once it gets to its destination.

If this all sounds familiar, it's because that's effectively how the internet works today; ARPANET was the first network to implement the TCP/IP protocol suite after all.

Packet switching was previously used to facilitate communication between two computers and MIT Lincoln Lab back in 1965. But with ARPANET, the technology was demonstrated on a network basis.

The ARPANET network grew from just connecting two computers to four interface message processors, and then as the 1970s progressed more university nodes were added into the network, growing to 57 in 1975 and then 213 in 1981.

While it was intended originally for military and scientific use, the ARPANET laid the foundations for the internet to follow it, so when it was taken out of service in 1990 it had made an impact that would literally span the globe in the coming decades with what ex-vice-president Al Gore referred to as "the information superhighway".