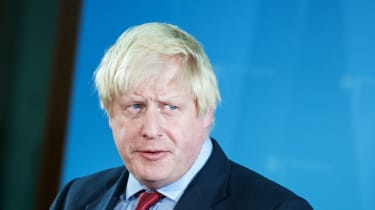 The Conservative Party has pledged to deliver full-fibre broadband to all premises in the UK by 2025 in its general election manifesto.

The document, which was published on 24 November, makes several promises regarding technology, including using “frontline technology” in the NHS and holding an annual health technology summit.

If it wins the general election, which will take place on 12 December, the party has also pledged to “embrace new technologies and crack down on online crimes” through the creation of “new national cyber crime force and empower the police to safely use new technologies like biometrics and artificial intelligence, along with the use of DNA, within a strict legal framework".

Perhaps most surprisingly, however, the Conservative Party has recommitted to a promise made by Boris Johnson during his leadership bid to “bring full fibre and gigabit-capable broadband to every home and business across the UK by 2025”.

In June, leadership hopeful Johnson called then Prime Minister Theresa May’s plan to deliver full-fibre by 2033 “laughably unambitious” in a column published in The Telegraph. He went on to promise that if elected leader of the party he would “reboot ‘left behind’ Britain with a turbo-charged broadband revolution”, with a pledge to "unleash full fibre for all by 2025".

Alarm bells were rung almost immediately, however, with BT claiming the scheme could cost £30 billion and when the first Queen’s Speech was made laying out policy under Johnson’s premiership not only was the 2025 deadline missing, but there was no end date allocated at all.

The reintroduction of the five year deadline is surprising, given the size of the project and existing concerns. The estimated cost is also somewhat ambiguous, as it’s been rolled into a wider project to improve infrastructure, which focuses primarily on transport and has been costed at £100 billion.

The move comes after Labour made its own pledge to provide the UK with full-fibre internet, which would be achieved by nationalising Openreach, as well as providing better access for businesses to 5G.

The party claimed the move would cost £20 billion, although BT claimed it would be closer to £100 billion, and gave a deadline of 2030.

The 2019 general election will take place on 12 December, with the governing party likely to deliver its first Queen’s Speech – which will set down projects, timescales and budgets more concretely – in the new year.