UK average broadband speed continues to rise despite the lockdown 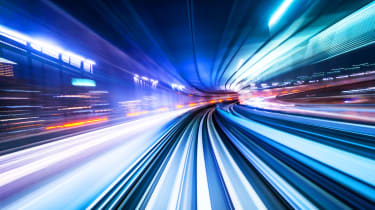 The average broadband speed in the UK has risen by around 16% since 2018, according to a recent Ofcom report.

The annual UK Home Broadband Performance report found that the average home speed is now 64 Mbits/sec, up from the 54.2 Mbits/sec recorded in 2018.

The data was gathered in November 2019 and showed an 18% increase in broadband speed. However, Ofcom updated the information by taking into account the recent surge in demand on networks due to the current coronavirus lockdown, which has caused broadband speeds to fall by 2%.

Despite the dip, the overall broadband speed is still up by 16%, which corresponds with growth from previous years.

Ofcom’s report said that growing availability and take-up of superfast and ultrafast full-fibre and cable services had contributed to the steady increase. Around three in four home broadband connections are now superfast packages with advertised download speeds of 30 Mbits/sec or higher. Meanwhile, 2% of UK lines are ultrafast packages with advertised download speeds of at least 300 Mbits/sec.

However, Virgin Media’s success has been marred by an approximate 10% dip in speed in mid-to-late March, caused by the sudden spike in demand following the government’s advice to stay at home. Nevertheless, the Ofcom report noted that Virgin Media's customers are likely to have missed this dip, as the company has overall higher speeds than most broadband providers.

In late April, Virgin Media went offline for thousands of users across the UK, Ireland and the Netherlands, with over 30,000 complaints recorded by Downdetector.