Amazon, Apple and Google are serious competitors, but they've found something they can work together on: making voice assistants work for smart homes.

The tech giants have joined up with IoT standards organisation the Zigbee Alliance to create the Project Connected Home over IP working group to promote interoperability between connected smart-home devices by creating a new Internet Protocol (IP) standard.

"While smart home devices are abundant, the lack of an industry-wide connectivity standard leaves people confused and frustrated when trying to understand what devices work with each smart home ecosystem," writes Nik Sathe, vice president of engineering at Google Nest, and Grant Erickson, principal engineer at Google Nest, in a blog post. "It also places a heavy burden on manufacturers to make sure all devices are compatible with each other."

The aim is to increase compatibility - so your smart home system will work with voice assistants such as Amazon Echo, Google Home or Apple Siri - and to ensure security is built-in at the design stage. For developers, that means it'll be easier to develop smart home products that use such voice assistants as an interface. For consumers, it means products should simply work with whichever of the three systems they prefer.

"The goal of the Connected Home over IP project is to simplify development for manufacturers and increase compatibility for consumers," the Zigbee Alliance says in a statement. "The project is built around a shared belief that smart home devices should be secure, reliable, and seamless to use."

The Google engineers add: "Smart home devices will be compatible with various platforms, so you can choose between Google Assistant, Amazon Alexa, Apple Siri or other platforms."

That doesn't mean that we'll end up with a single smart home interface or one voice assistant, the project notes — instead, it'll be easier for third-party developers to make devices that use Amazon Alexa, Apple Siri, or Google Assistant. That may include a standard for "lifecycle events", such as software updates.

The working group created by the agreement will develop and implement a new unified connectivity protocol based on open-source standards, but making use of existing technologies from Amazon, Apple and Google. That will start with Amazon's Alexa Smart Home, Apple's HomeKit, Google's Weave and Thread, and the Zigbee Alliance's Dotdot data models.

"Today there is no widely adopted open standard for smart home which is built upon IP and yet IP is the protocol of the internet and is the most common network layer used in our homes and offices," reads a statement on the project's website."

With IP, messages can be routed across networks independent of the physical and link layers underlying them and there are ample battle-tested algorithms and infrastructure for performing routing, switching and firewalling in robust and resilient ways."

It isn't yet clear when the new protocol will be available, though the three tech giants said their existing products will continue to be supported in the meantime. The first specifications to be released will be Wi-Fi, Thread, and IP versions of Bluetooth Low Energy.

The Zigbee Alliance board also includes Ikea, Samsung SmartThings, and Signify (formerly Philips Lighting), among others — suggesting systems from those manufacturers will work with voice assistants from the tech giants. 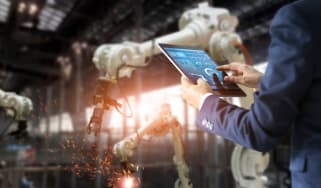