Microsoft is shutting down Mixer and teaming up with Facebook

The Mixer platform never took off, and Microsoft has seen enough 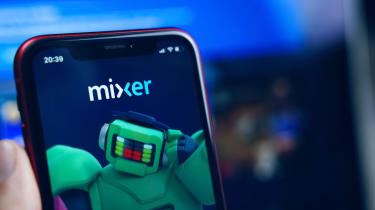 Microsoft has announced that it's pulling the plug on its Mixer game streaming service.

Microsoft entered the game livestreaming arena in 2016 when it purchased the newly released Beam. Renamed Mixer, Microsoft wanted the platform to compete with Amazon Twitch.

Though it started out strong, it never reached a level where it was a serious Twitch competitor.

On Monday, Microsoft announced it will shut Mixer down, with plans to enter a partnership with Facebook Gaming.

During the next few weeks, Mixer users will be transitioned to Facebook Gaming before the platform shuts down completely on July 22. At that point, mixer.com will redirect to the Facebook Gaming landing page.

Any unused channel subscriptions, Mixer Pro subscriptions or Ember balances will be paid out via Xbox gift card credits. Streamers who use the Mixer monetization program will be eligible for Facebook’s Level Up program.

The move to partner with Facebook appears to be strategic and will help Microsoft out in the long term. Microsoft has made it clear that it’s not done in the gaming world. In fact, it’s working to improve overall gaming experience.

After a planned release of xCloud game streaming sometime this year, it will partner with Facebook to bring the service to Facebook Gaming. The transition may not be as smooth as hoped, as some reports say most Mixer users are unhappy about the move and may jump to Twitch.