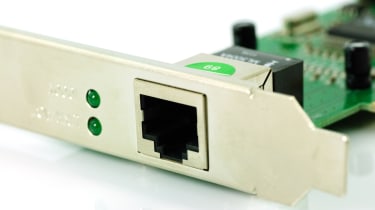 The biggest announcement from VMworld 2020 concerned Project Monterey, a new feature for its VMware Cloud Foundation platform which will add support for SmartNICs in order to maximise application performance.

Smart Network Interface Cards (SmartNICs) are plug-in server modules that assume control of certain functions such as storage and networking I/O, freeing the server up from managing them and leaving it more processing power to put into applications.

The company is aiming to roll support for SmartNIC cards to VMware Cloud Foundation - its pre-rolled hybrid cloud package vSphere, vSAN and NSX designed to run on hyperconverged infrastructure (HCI) hardware - but is starting by enabling its ESXi bare-metal hypervisor to run on SmartNICs.

In addition to this, the company is rearchitecting Cloud Foundation to increase support for server disaggregation and bare-metal infrastructure, enabling multiple servers to share hardware resources dynamically on a software-defined basis.

Security is another key focus of the project; because each SmartNIC will be able to run security software and firewall services directly on the device, customers will be able to deploy “up to thousands of tiny firewalls” to protect each individual service within an application, as well as isolate core infrastructure when used to deliver a multi-tenant environment.

The company says that because storage, networking and security is decoupled from the main server infrastructure, each component can be individually patched without affecting application performance or availability. The company’s NSX software defined networking product will be enabled to run on certain SmartNIC products, providing enhanced security, firewalls and air-gapping.

“Organizations are introducing increasingly sophisticated applications from cloud-native to machine learning to streaming apps that are distributed and data intensive,” said Rajiv Ramaswami, VMware's COO of products and cloud services.

“We’re announcing Project Monterey to help customers address the shifting requirements of next-gen apps. By re-imagining the architecture of the data center, cloud and edge, we expect to offer customers the freedom to run these apps in the best environment.”

Project Monterey is a technical preview, and as such has no confirmed data for general availability or wider preview. VMware aims to leverage a broad ecosystem of hardware partners to support the project, and is working with Nvidia, Intel and Pensando to support their respecting SmartNIC products, as well as working directly with hardware manufacturers Dell Technologies, Lenovo and HPE to create integrated HCI systems based on Project Monterey.

“We’re excited about the potential of VMware’s Project Monterey to deliver security and performance for next-generation applications while simultaneously unifying infrastructure and operations for our customers.”