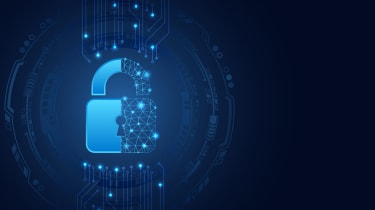 VMware’s newly-unveiled Project Monterey may promise additional security, but SmartNICs aren’t the only way that the company is pledging to protect its customers at this year’s VMworld.

VMware Carbon Black Cloud Workload Essentials will be offered as an ‘unlimited’ six-month free trial for all existing vSphere 6.5 and VMware Cloud Foundation 4.0 customers. The company has not confirmed any pricing beyond that, but expects the new service to be available in November, with a Kubernetes security module due the following month - likely integrated with Tanzu.

“Amid global disruption, the key to survival for many companies has meant an accelerated shift to the cloud and ultimately, bolting on security products in their data centers,” said VMware’s COO of Customer Operations, Sanjay Poonen.

“But legacy security systems are no longer sufficient for organizations that are using the cloud as part of their computing infrastructure. It’s time to rethink security for the cloud, organizations need protection at the workload level, not just at the endpoint. The future of cloud must be met with a better way to secure data and applications.”

VMware also announced that it is working on an ‘extended detection and response’ (XDR) platform which will include integrations across its Carbon Black Cloud, vSphere, Workspace ONE and NSX products. The project is described as a “multi-year effort”, meaning a preview release is unlikely to arrive sooner than next year’s VMworld event at the earliest.

Another of the company’s unified security efforts is its new secure access secure edge (SASE) platform, which wraps up a number of existing tools into a cloud-first package designed to appeal to enterprises who are struggling with the pivot to remote working.

The VMware SASE Platform includes a number of products within its SD-WAN portfolio, as well as VMware Secure Access, a new offering which combines its SD-WAN service with its Workspace ONE VDI platform to create a single package. In addition, its NSX Firewall product will be available through the platform on an as-a-service basis for both single and multi-tenant environments.

“As we quickly transitioned to a fully distributed workforce, it was critical for our security posture to align with the prominence of this moment and the critical role Zoom played in business continuity for our customers,” said Aparna Bawa, chief operating officer of Zoom.

“The collaboration with VMware delivers a more secure digital workspace and enables endpoints in our organization to be better safeguarded and compliant with IT security policies.”

A further new offering is the VMware Cloud Web Security service, which includes tools such as DLP, sandboxing, secure web gateway and cloud access service broker services - from Menlo Security, integrated at the back end and presented via single-pane-of-glass management. This is accompanied by a new partnership with Zscaler, which will integrate VMware’s SD-WAN and Secure Access products with Zscaler Internet Access.