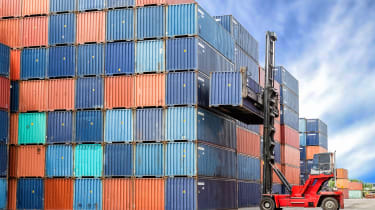 VMware’s annual conference has today seen the announcement of a number of updates to its Tanzu Kubernetes management portfolio, which was officially launched at VMworld 2019 after being previewed as Project Pacific.

According to VMware, more than one million containers are being run in production via Tanzu, and the company is hoping to increase this with additional support from public cloud providers.

VMware Cloud on AWS now supports Tanzu, with preview support also introduced for Oracle Cloud VMware Solution. The company also added that working closely with Microsoft to bring a similar preview to market for Azure users. Finally, a new integration has been introduced with DevOps platform GitLab - dubbed GitLab with Tanzu - to make it easier for developers to get Tanzu-enabled workloads into production.

Additional work has been done on internal integrations; VMware Tanzu Service Mesh has been hooked up to VMware’s Virtual Cloud network through its NSX software and the open source Kubernetes network tool Project Antrea, and includes new resilience and security capabilities.

For commercial customers, the company has also introduced VMware Container Networking with Antrea, which includes full support for Antrea, with all the signed images and binaries needed to run it with maximum peace of mind. It will be included by default with vSphere 7 with Tanzu and NSX-T.

VMware’s Virtual Cloud Network products, meanwhile, benefit from updates across security, networking and automation; the launch of VMware NSX-T 3.1 brings automated deployments at an increased global scale as well as improvements for disaster recovery, while its NSF Federation multi-site management platform has doubled in scale, with new API-based routing and multicast, and Terraform Provider support. vRealize Network Insight 6.0 is also being launched, which brings better visibility of deployments of VMware’s SD-WAN product in addition to new verification capabilities.

“Customers tell us they want the same level of automation they have in the public cloud across their entire environment. But while they can automate some parts of their network, other parts such as firewalls and load balancers still require manual tickets for provisioning. That’s why partial automation is an oxymoron; it’s a half-built bridge that does nothing to get customers to where they want to be,” said Rajiv Ramaswami, for products and cloud services at VMware.

“The VMware Virtual Cloud Network delivers the automation and economics of the public cloud across every element of the network and spanning the entire distributed enterprise at a time when agility and cost matter more than ever.”

New tools are being introduced too. Based on its acquisition of UK AI company Nyansa earlier this year, the company has unveiled VMware Edge Network Intelligence, a new AIOps product to monitor the performance of endpoints and IoT devices.

On the security side, VMware NSX Advanced Threat Prevention combines Lastline’s AI-based network traffic analysis capabilities with malware sandboxing and NSX Distributed IDS/IPS, which will give customers the ability to apply virtual patches at the workload rather than perimeter level.

"It could take weeks or months to complete global changes to switches, routers, firewalls or other network elements which could impact new service delivery or current performance. By moving to an automated and more secure VMware Virtual Cloud Network built on NSX, we have improved our agility by orders of magnitude, redefined our developer experience, and made security an intrinsic part of our infrastructure.”

Tanzu Service mesh and Container Networking with Antrea are all available now, while other products and services are expected to be available within the next month.