According to Awake Security, the free extensions used in the campaign claimed to warn users about questionable websites or assist them with converting files into different formats. Instead, the extensions obtained a user’s browsing history and data in an attempt to secure credentials used to access internal corporate tools.

Based on the number of downloads, Awake Security co-founder and chief scientist Gary Golomb states this campaign marks the farest-reaching malicious Chrome store campaign to date. At this time, however, Google has declined to discuss how this campaign compares with those before it, the extent of the damage this particular campaign has caused or why the tech giant couldn’t detect and remove the extensions on its own.

Google spokesman Scott Westover told Reuters, “When we are alerted of extensions in the Web Store that violate our policies, we take action and use those incidents as training material to improve our automated and manual analyses.”

While it remains unclear who was behind the malware campaign, Awake Security tracked the domains used to register the extensions back to Galcomm, a registrar in Israel also formally known as CommuniGal Communication Ltd. Though Awake Security claims Galcomm should have known what was taking place after Golomb reported the problem to them, Galcomm owner Moshe Fogel was steadfast in telling Reuters his company is not at fault.

“Galcomm is not involved, and not in complicity with any malicious activity whatsoever,” Fogel told Reuters in an email.

Fogel claims to have no record of Golomb’s inquiries or reports, and when asked by Reuters to provide a list of suspect domains he was unable to provide a substantive response.

Malicious developers have been using Google’s Chrome Store as a means to distribute their campaigns for some time now. In 2018, Google claimed it would improve security related to Chrome add-ons. However, in February, independent researcher Jamila Kaya and Cisco Systems’ Duo Security discovered a similar Chrome campaign using fraudulent extensions had stolen data from 1.7 million users. 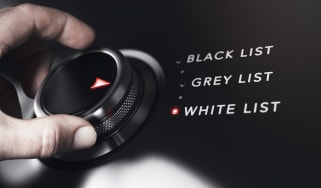