The Wireless Broadband Alliance is confident about its enterprise applications in Industry 4.0 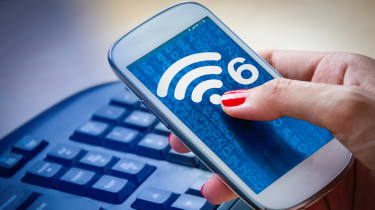 A "first of its kind" trial in the UK has shown Wi-Fi 6 can support download speeds of 700Mbps in challenging environments.

The experiment conducted by the Wireless Broadband Alliance (WBA) in Mettis Aerospace's "challenging" West Midlands factory shows how the connectivity standard can lend itself to Industry 4.0 applications.

Mettis' factory has previously not been suitable for high-speed connectivity due to the range of signal-interfering machinery and industrial air pollution such as "dust and other in-air particles", noted Tiago Rodrigues, CEO at WBA.

"Nevertheless, the field tests in this highly charged atmosphere have proven that Wi-Fi 6 technology works well and can play a vital role within the industrial enterprise and IoT ecosystem," he added. "If Wi-Fi 6 can deliver highly reliable, high quality and high bandwidth communications in this type of factory environment, then it can deliver it almost anywhere."

During the test, speeds of 700Mbps were recorded over 80MHz channels and supported low latency applications such as video calling and streaming with latency measured at 6ms.

It shows Industry 4.0 applications can be used in challenging environments using the connectivity standard which can maximise machine performance and minimise downtime.

"The Wi-Fi 6 infrastructure installed as part of the trials has exceeded our expectations in terms of performance, reliable connectivity and consistent coverage across the target area," said Dave Green, head of IT at Mettis Aerospace.

"We are seeing immediate benefits in terms of the data we're now able to collect and use," he added. "Moving forward, we will be able to vastly increase the data we collect from devices across our business, enhancing our manufacturing processes, reducing variability and increasing productivity."

Wi-Fi 5 (802.11ac) had a theoretical maximum speed of 1.3Gbps and Wi-Fi 4 (802.11n) was around 450Mbps. In real-world testing though, speeds would never reach these numbers, both fell well short of their theoretical maximum, peaking at around 300Mbps and 150Mbps respectively.

Wi-Fi 6's theoretical maximum speed is 10Gbps, so the 700Mbps real-world speed fits the under-performing trend from Wi-Fi standards but it's still significantly faster and thus more appropriate for mass IoT deployments than standards before it.

With both cellular connectivity and Wi-Fi getting upgraded to enable higher-speed connectivity, some have asked whether 5G will ever replace Wi-Fi, but the experts say both will be required for future connectivity.

Greg Dorai of Cisco said the two standards will be used for better handoffs in the future between indoor and outdoor connectivity. 5G will serve users outdoors and they can expect the same high speeds to continue indoors using Wi-Fi 6 which struggles less with indoor connection transmission.