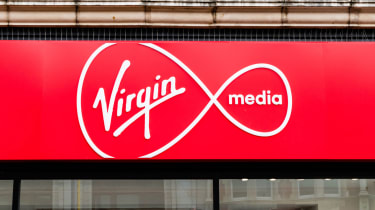 Virgin Media customers have been hit by a London-wide outage, just two months after a major failure left thousands without access to the internet.

The outage has been picked up by Down Detector, which has received thousands of reports from Virgin Media of customers, many of whom will be working from home.

Problems began just after 9am on Thursday, with London appearing to be the worst affected area. However, reports from other parts of the UK suggest that internet and TV services may be being disrupted nation-wide.

To make matters worse, Virgin Media's own website appears to be affected, with its service status page showing an error message that reads: "This part of the site isn't working at the moment, but it'll be up and running again soon. Please come back and try again later."

IT Pro has received confirmation that Virgin is having a London-wide outage and that it's unlikely to be fixed until 18:45 this evening.

“We’re aware that some customers in parts of London are experiencing an issue with their broadband," a Virgin Media spokesperson said in an emailed statement to IT Pro. "We are working as quickly as possible to restore services and apologise to those affected.”

News of this latest outage comes just two months after Virgin Media experienced a widespread outage across the UK. This outage, which hit the network at the end of April, left tens of thousands of customers without access for two days.