Don’t want to spend three figures on an expensive mesh system? There are other ways to extend your wireless signal 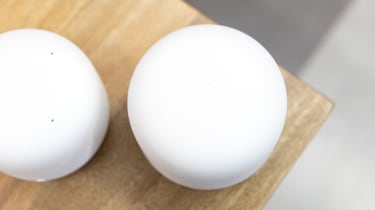 A mesh system is the most powerful way to expand your home network, but it’s not the only one. If you don’t need all the bells and whistles of a mesh, there are several cheaper options to consider.

Some homes aren’t amenable to wireless connections, perhaps due to thick walls or long distances between rooms. Powerline networking takes a different tack, sending data around the mains cabling in your home. Ordinarily, a powerline extender system will consist of a base station, which you connect to your router via an Ethernet cable, and a separate access point that plugs in somewhere else to rebroadcast the wireless network.

Powerline networking is neat and convenient, but performance is hard to predict. As with Wi-Fi, the manufacturer’s advertised data rates convey some sense of which products are faster than others, but real-world speeds will depend on your wiring, and are almost impossible to gauge before you buy your powerline kit and plug it in. The best connections can provide 15MB/sec, but speeds of 5MB/sec are common.

A wireless repeater is typically a small appliance that plugs directly into a mains socket a few rooms away from your main router. It then rebroadcasts the wireless network, giving devices in its vicinity a stronger signal to latch onto. It’s the same principle as a two-node mesh system, but simpler to set up: many models connect to your main router via WPS, so deployment is literally as simple as pressing a button. And if you let the repeater broadcast the same SSID as your router, your wireless clients will seamlessly switch over to it as needed.

Repeaters also tend to be cheaper than mesh systems, with 5GHz models available for under £50. However, these compact devices almost always use the same radio for client and backhaul traffic, which slashes the available bandwidth. There are tri-band models that can compete with mesh speeds, but these are pricier, coming in at £85 and up.

If you have a spare router, you may be able to configure it to work as a wireless repeater. This depends very much on the model and firmware, however – you’ll need to check the documentation to see if this is supported. If it’s not, you might still be able to install the open-source DD-WRT firmware or some other third-party OS to add the feature.

If your router won’t work as a repeater, there is another way to use it to extend your wireless network. Just like a mesh system, most routers offer a bridge mode that tells the router to work as a wireless access point for a main router elsewhere. The catch is that you’ll need to run an Ethernet cable between your main router and your bridge device, so if you need to extend the signal across several rooms this may be impractical.

If you’re looking for the simplest possible solution, it’s possible to make Windows 10 itself act as a wireless extender. To do so, simply open the Settings app, click on Network & Internet and select “Mobile hotspot” from the left-hand menu. You can now flip a switch to make Windows share its own network connection with other devices in range.

By default, Windows creates a new wireless network, with its own name and a randomly generated secure passphrase, but if you hit the Edit button you can set these to match your router’s own network. Be warned, though, that the Windows 10 network remains technically separate, and you could encounter problems associated with double NAT. If you want your PC to operate as a true wireless repeater, you’ll need a third-party tool such as Connectify’s Hotspot MAX tool – visit connectify.me for details.

Finally, remember that using this feature will reduce the bandwidth that’s available for your computer itself to use – and the extended network will only be available while your computer’s switched on.