Wi-Fi 6 gets go-ahead for mass rollout 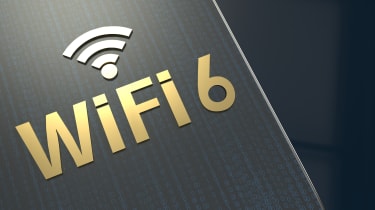 The Wireless Broadband Association (WBA) has declared that Wi-Fi 6 is ready for global rollout after the success of five trial deployments across a variety of use cases and markets.

The testing showed that Wi-Fi 6 offers nearly three times faster gigabit transfer rates than Wi-Fi 5, with capacity up to 9.6Gbits/sec versus 3.5Gbits/sec currently. The next-gen networking technology is also more reliable, with users experiencing lower latency, as well as better networking efficiency - especially in environments with many connected devices.

“Ultimately, they prove the readiness of Wi-Fi 6 for carrier deployments, and the WBA continues to develop and expand new trials that support Wi-Fi 6 and 6E expansion into new areas in different geographies around the world.”

Similarly, in the high-density shopping centre test, SK Telecom deployed the technology to improve the quality of experience in densely populated areas, with Wi-Fi 6 reducing latency by 80%. This was alongside reduced throughput fluctuation and improved service reliability.

Tests were also conducted at the John Wayne Airport in LA, organised by Boingo, Cisco and Samsung, with the operation spurring Boingo to deploy airport-wide commercial deployment in other sites, including São Paulo/Guarulhos International Airport.

While much of the hype in the networking world has centred on 5G, and its prospective benefits to several industries, the powerful potential of Wi-Fi 6 has flown under the radar, relatively speaking.

Previous trials have shown that Wi-Fi 6 can support blistering download speeds, including a trial in the UK towards the end of 2019 which showed support for download speeds of 700Mbps in challenging environments. This suggests competence in supporting a large number of IoT devices in industrial settings, where previous generations may have struggled.

Cisco’s wireless CTO Matt MacPherson described Wi-Fi 6 as “revolutionary” when he spoke with IT Pro earlier this year, suggesting many businesses can look to this technology for immediate benefits. These will also be enhanced when 5G is eventually deployed on a massive scale, with the two networking technologies designed to complement each other.