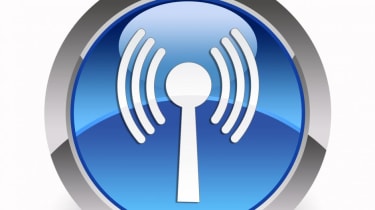 Samsung claims to have made a breakthrough in wireless communications, with the firm reporting wireless data transfer speeds of over 1Gpbs.

Set to be dubbed 5G, the Korean firm plans to make this technology commercially available in 2020, claiming it will be hundreds of times faster than the 4G networks being rolled out at the moment.

The technology Samsung has developed is an adaptive array transceiver, which operates in the millimetre-wave Ka bands.

"[5G] transmits data in the millimetre-wave band at a frequency of 28 GHz at a speed of up to 1.056Gbps [and] to a distance of up to 2 kilometres," Samsung said in a blog post.

"The adaptive array transceiver technology, using 64 antenna elements, can be a viable solution for overcoming the radio propagation loss at millimetre-wave bands, much higher than the conventional frequency bands ranging from several hundred MHz to several GHz."

Samsung claims its 5G technology will offer data transmission speeds of up to several tens of Gbps per base station. This means end users will be able to transfer large files such as HD movies and 3D games, stream ultra high-definition (UHD) and detailed images for remote medical services.

The Korean firm has already established itself as the dominant player in the smartphone market, and the development of its own high-speed wireless connectivity could help keep it ahead of competitors such as Apple.

Samsung isn't the only one investing in next generation technology. The European Commission plans to invest 50 million in 5G services, which it is also hoping to bring to market in 2020.