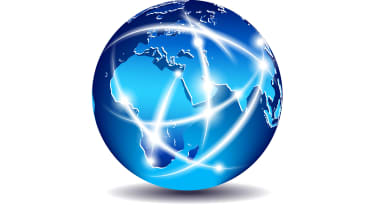 Google has unveiled the latest moonshot project to come out of its Google[x] lab, Project Loon.

The scheme envisions a network of balloons, like those used by meteorological agencies, which fly around the globe on stratospheric winds, beaming internet access to the ground below at 3G-equivalent speeds.

This is the first time we've launched this many balloons and tried to connect to this many receivers on the ground.

Google said it opted for balloon-based technology as geographical constraints such as jungles, archipelagos and mountains are part of the reason two thirds of the global population do not have access to a fast, affordable internet connection.

In a blog post, Mike Cassidy, project lead on Loon, said: "Many projects have looked at high-altitude platforms to provide internet access to fixed areas on the ground, but trying to stay in one place like this requires a system with major cost and complexity.

"So the idea we pursued was based on freeing the balloons and letting them sail freely on the winds. We've now found a way to [control their path], using just wind and solar power: we can move the balloons up or down to catch the winds we want them to travel in."

While the company said it is "very early days", it has launched a pilot scheme in Canterbury, on New Zealand's South Island, comprised of 30 balloons with 50 testers trying to connect with them.

"This is the first time we've launched this many balloons and tried to connect to this many receivers on the ground, and we're going to learn a lot that will help us improve our technology and balloon design," the company said.

"Over time, we'd like to set up pilots in countries at the same latitude as New Zealand. We also want to find partners for the next phase of our projectwe can't wait to hear feedback and ideas from people who've been working for far longer than we have on this enormous problem of providing internet access to rural and remote areas."