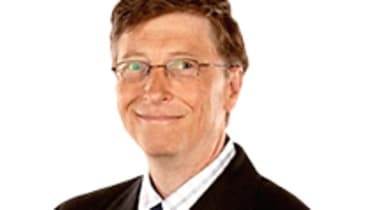 Bill Gates castigated efforts by Google to bring internet connectivity to poor parts of the world say that such scheme won't "uplift the poor".

Google's Project Loon will use solar-powered, remote controlled balloons complete with transmitters to allow affordable internet access in remote, hard-to-reach areas. However, the Microsoft chairman said that such schemes are missing the point.

"When you're dying of malaria, I suppose you'll look up and see that balloon, and I'm not sure how it'll help you," Gates said in an interview with Bloomberg BusinessWeek.

"When a kid gets diarrhea, no, there's no website that relieves that. Certainly I'm a huge believer in the digital revolution. And connecting up primary-health-care centers, connecting up schools, those are good things. But no, those are not, for the really low-income countries, unless you directly say we're going to do something about malaria."

Google set up a charitable organisation in 2006, called Google.org with a mission to "[develop] technologies to help address global challenges."

Gates' beef with such charitable efforts by tech companies boils down to the narrow scope they take.

"Google started out saying they were going to do a broad set of things," said Gates. "They hired Larry Brilliant, and they got fantastic publicity. And then they shut it all down. Now they're just doing their core thing. Fine. But the actors who just do their core thing are not going to uplift the poor."

Gates said that saving lives and eradicating disease was a bigger priority. He also took pot shots at other tech billionaires throwing money at space exploration and added he saw no connection between such exploits and "improving the state of humanity".

"Everybody's got their own priorities. In terms of improving the state of humanity, I don't see the direct connection. I guess it's fun, because you shoot rockets up in the air. But it's not an area that I'll be putting money into."