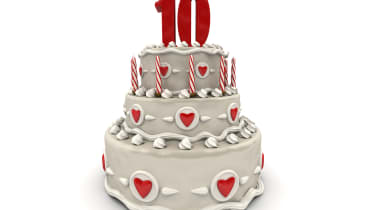 Skype, the Voice-over-IP (VoIP) service which was acquired in 2011 by Microsoft, has celebrated its 10th birthday by announcing plans to develop 3D video calling technology.

Skype's first decade is something that internet start-ups dream of.

Microsoft's corporate vice president for Skype, Mike Gillett, told the BBC the company had been working to develop 3D calling technology in its labs and that the organisation knows "how to make it work".

However, he said Microsoft is currently examining the "ecosystem of devices and their capability to support 3D calling" in order to determine when such a product could be successfully brought to market.

"We've seen a lot of progress in screens and a lot of people now buy TVs and computer monitors that are capable of delivering a 3D image," said Gillett.

"But the capture devices are not yet there. As we work with that kind of technology you have to add multiple cameras to your computer, precisely calibrate them and point them at the right angle."

Skype has been considered by many as a pioneer in the VoIP space and has been lauded as such on its anniversary.

"Skype's first decade is something that internet start-ups dream of," said Mark Lewis, vice president of communication and networking at Interoute.

"Skype led the VoIP revolution becoming the long-distance voice operator of choice for savvy consumers, and then the default non-telephony voice and video communications medium for both consumers and businesses," he added.

"While Skype has revolutionised the way families and friends can communicate, cheaply and easily, worldwide, it is still seen as a B2C solution and not a B2B resource.

"The consumerisation of mobile devices has had a considerable impact on the way that we communicate in and out of work. With video conferencing and video telephony driving the trend of mobile working, it is imperative for employees to have a reliable, secure and efficient service," he said. 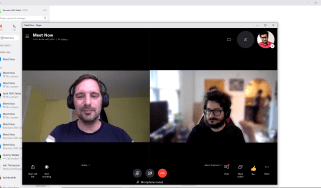