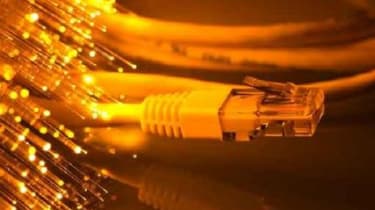 The Government's delivery of superfast broadband services to rural areas has been attacked by a committee of MPs for being non-competitive and poor value for money.

The report, published by the Commons Public Accounts Committee (PAC), takes aim at the Government's handling of the 530 million Broadband Delivery UK (BDUK) programme, which is responsible for the rolling out of fibre networks to rural areas.

We have been transparent from the start and willing to invest when others have not, so it is mystifying that we are being criticised for accepting onerous terms in exchange for public subsidy.

The overall project is being overseen by the Department for Culture, Media and Sport (DCMS), who is on the receiving end of many of the Committee's criticisms of the project.

For example, the report hits out at the Department's decision to only allow two companies, BT and Fujitsu, to bid for broadband deals through the procurement framework.

Following Fujitsu's withdrawal from the bidding process in March 2013, BT has gone on to bag all of the 26 contracts awarded through BDUK up to June 2013. The Committee said the telco giant is also likely to win the remaining 18 contracts that are still up for grabs.

For this reason, it said the DCMS has "failed to deliver meaningful competition" to date, thanks to its poorly designed procurement process.

Therefore, it wants the Department to use the extra 250 million to inject more competition into the process.

"The Department should not spend any of the further 250 million of public money until it has developed approaches to secure proper competition and value for money for improving superfast broadband after 2015," it reads.

Assumptions about where the funding for the broadband projects will come from has been "wildly" miscalculated, the report adds, with BT paying less and local authorities shelling out more than the DCMS previously claimed.

BT is in the firing line elsewhere in the report for including clauses in its contracts with local authorities, banning them from disclosing information about costs to other local councils.

"This means other local authorities' negotiating positions are weakened by a lack of comparable cost data against which to access BT's bid," it claims.

The report also flags concerns raised by BT's competitors about how they are supposed to take advantage of Ofcom's ruling about giving them access to its wholesale infrastructure.

"Despite Ofcom introducing requirements for BT to allow wholesale competitors access to BT's physical infrastructure, the conditions attached have deterred any other providers from exploiting this access," the reports adds.

"There are also concerns that existing regulation has allowed BT to set its wholesale price too high, so alternative suppliers find the margin between wholesale and retail prices is squeezed to the extent that they cannot operate profitably."

In a statement to IT Pro, BT slammed the report for failing to take into account the corrective points it sent to the Committee several weeks ago.

"We have been transparent from the start and willing to invest when others have not, so it is mystifying that we are being criticised for accepting onerous terms in exchange for public subsidy - terms which drove others away," the statement reads.

"The taxpayer is undoubtedly getting value for money. BT faces a payback period of around 15 years on its rural broadband investments in spite of the subsidies available. The Department for Culture has imposed a rigorous auditing process that ensures every penny is accounted for."

On the last point, about BT's competitors being put off using its network, the statement added: "The network we build will be open to all our rivals, who will be able to sell services to consumers, paying us the same prices we charge our own Retail division."

The report follows on from a four-hour PAC hearing in July, where MPs aired their views on the troubled project.