Audio conferencing is an important business tool, but the quality often leaves a lot to be desired. 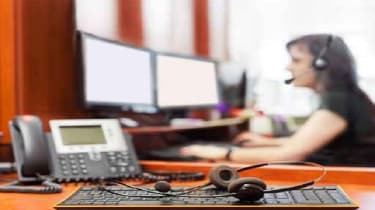 The increasingly global nature of business, along with financial restrictions on travel, mean plenty of meetings take place on the phone. Video conferencing, for all its potential, is still far from mainstream.

But conference calls are frequently of variable and some users would argue declining quality.

All too often, at least one participant is inaudible, and callers can spend as long listening to white noise, hiss and feedback as they do to the conversation. The situation isn't helped by the growth in low-cost conferencing services that work by using IP-based technology to squeeze as many calls as possible into a fixed amount of bandwidth.

This is not just anecdotal evidence: research by Cambridge University suggests that 77 per cent of conference call users found sound quality to be an issue, even though audio calling remains the most popular form of conferencing technology.

Conference calls are frequently of variable and some users would argue declining quality.

But despite the less than glamorous nature of conference calls efforts are being made to improve the quality of audio calling.

In the voice over IP market, more providers are starting to deploy wideband audio, based around the g.722 encoding format derived from ISDN - for higher-quality speech.

Cisco has embedded wideband audio in most of its IP handsets, and other makers are following.

Wideband audio works by sampling twice as much audio as a conventional phone call. It is rather like switching from mono to stereo on the radio.

In mobile phones, operators are starting to move towards support for HD Voice, which works in a similar way, but only if both the operator and callers' handsets support it. Currently, it is only available on T-Mobile/Orange/EE and 3 in the UK.

IT Pro will look at audio calling quality in more depth in a future article.

Conference calls, though, have not really benefitted from improvements in voice quality, not least because newer, higher-resolution codecs need to be installed at the "bridge" end of the call. But BT believes it has an answer, using technology it has developed with Dolby Laboratories.

The new system will use Dolby's experience in noise reduction for hi-fi, and sound reproduction in cinemas, to improve the quality of calls on BT's MeetMe service, according to the company.

Making use of the new, higher-quality audio service does mean leaving the phone behind, however. BT will start by rolling out Dolby Voice via its VoIP option, with software for Macs and Windows PCs. Callers will, of course, need a good headset. Apps for Android and iOS devices will follow next year, as will a Dolby Voice ready phone.

BT is reluctant to disclose pricing for the new service, but admits it will attract a premium over standard voice conferencing. But if the result is more productive calls, the premium could well be justified.