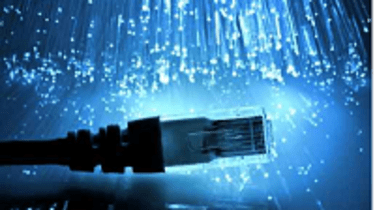 A survey carried out by the Institution of engineering and Technology found that 43 per cent of people in the UK believed that extending superfast broadband to every household in the country would be more economically beneficial that building new airports or extra runways.

The research found that only 16 per cent of respondents thought high-speed rail projects, such as HS2, connecting London to Birmingham and beyond, would boost the UK economy. Nearly a third of people (32 per cent) said that building new nuclear power plants would grow the economy.

"This survey clearly shows that the vast majority of the general public see little economic benefit in increasing capacity at our airports," said Professor Will Stewart from the IET.

"The public have told us that supporting the e-economy by rolling out universal superfast broadband will have more economic benefits for the UK than more traditional infrastructure projects like increasing airport capacity or high speed rail."

The research mirrors calls by technology industry figures for transport projects to be ditched in favour of increased broadband capacity. As reported by IT Pro, ANS Group founder and chairman Scott Fletcher said that the Government would be better off investing the 45 billion set aside for the HS2 high-speed railway link in bringing the UK's broadband infrastructure up to speed.