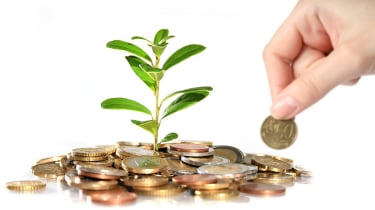 The news means the firm has now raised a total of $172.2 million (104.8 million) across four funding rounds.

Amongst the new investors are well known names such as Morgan Stanley and Greenspring Associates. According to Nutanix, its $101 million is the largest single financing round in the history of the converged infrastructure market.

Furthermore, the company now claims it is worth approximately 1 billion (608.46 million), but has no plans to issue an IPO currently.

As well as announcing its funding win, Nutanix has also confirmed Jeff Parks, a founding partner of Riverwood Capital, which was one of the company's earliest investors, has been appointed to the organisation's board of directors.

"Nutanix is one of a very small class of companies that is transforming the way enterprises deliver IT," said Parks.

"We are very excited to partner with [CEO and President] Dheeraj Pandey and his world-class management team as they build the next-generation enterprise computing company," he added.

Pandey said: "Adoption of web-scale computing, and Nutanix's Virtual Computing Platform in particular, has grown explosively over the last two years, yet we've only scratched the surface of this $100 billion hybrid computing market.

"The additional support from such a high-quality investor group leaves us uniquely positioned to capitalise on the opportunity and build one of the elite companies of this decade."