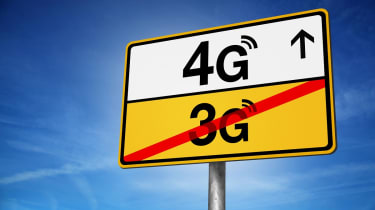 EE's plans to provide 4G connectivity for 90 per cent of the UK population by the end of 2014 has received a further boost, with the operator confirming it has joined forces with Three to share the costs and accelerate roll-out plans.

The two operators plan to inject 1 billion between them as part of a network-sharing deal that builds on a previous agreement that was in place when T-Mobile was a separate entity rather than part of the EE group, according to a report by the FT.

An EE spokeswoman confirmed  to IT Pro that the FT's report was correct in its reporting of the plans.

This year, our network priority is to deliver the benefits of superfast mobile internet to more of the UK and invent even more innovative ways for our customers to make the most of their 4G experience.

"The new framework increases cost efficiencies as we continue our roll out of 4G to cover more than 90 per cent of the UK population by the end of the year, " EE said in a statement issued to IT Pro.

"This is part of our 1.5 billion three year investment to significantly differentiate the EE network in terms of the people we connect and the experience they receive."

EE launched its 4G network back in 2012 and has added new cities and towns on a regular basis since then. The current tally, coverage-wise, stands at 160 locations throughout the UK.

Its 4G coverage reached 70 per cent of the UK population last month, with two million customers currently signed up. A large proportion of new customer sign-ups came from the business world, specifically smaller firms, according to the comms giant.

"Our 4G launch in October 2012 marked a new era for mobile users, allowing consumers and businesses to do much more on the move. We're incredibly proud of being the first UK operator to bring 4G to the UK and, in just over a year, exceeding our target by reaching two million 4G customers across the country. We continue to have particular success converting our existing base to 4G, with approximately two out of three new 4G customers moving over from Orange and T-Mobile plans," Olaf Swantee, EE's CEO, said earlier this month.

"This year, our network priority is to deliver the benefits of superfast mobile internet to more of the UK and invent even more innovative ways for our customers to make the most of their 4G experience."

Three is slightly behind EE in its next-gen network roll out, with plans to cover 50 UK locations by the end of the year and 98 per cent of the country's population by 2015. However, it is widely expected to steal a march on rivals when it comes to 4G pricing and bundling of services.

"We are building a brand and network that encourages and enables customers to enjoy the mobile internet. Customers are using more data than ever on Three, far more than on any other network. As we add 4G capacity to the network, this experience will only get better," Three's CEO Dave Dyson, said in a press statement issued in December last year.