Steve Cassidy takes a look at what ShareFile has to offer. 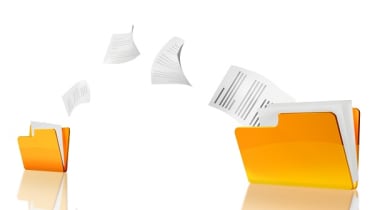 ShareFile is Dropbox competitor. That's what you need to know if you are trying to work out what to do with out-of-control file sharing in your business. When putting together a nice shortlist of suppliers of file sharing upload utility products, because you've been bitten by the rather ambiguous marketplace fit that Dropbox now presents, it's sensible to investigate the alternatives, and figure out quite why it is that Dropbox has achieved the "brand as term for whole activity" status, putting it up there with Hoover, iTunes and JCB.

ShareFile presents itself as being more of a business-focussed file sharing environment. This means that where Dropbox is pursuing a feature list and development process largely driven by the single person and (very) small business feature expectation, ShareFile in common with several other players in this space is starting from a very different part of the labyrinth. And it's a very successful part too. I met with the inventor, founder and long-term godfather of ShareFile, Jesse Lipson, during his recent trip through London, and there were a number of phrases which made me sit up. Stuff like "When Citrix bought us we had 350 staff" and "I've bought a couple of other businesses recently" are not statements you hear very often from skilled developers; from product entrepreneurs; or indeed, from those who have themselves been the target of a recent takeover process.

For a development company, 350 employees is quite a lot. Traditionally, the view is that very small, sharply focussed and egotistically driven dev teams produce the most popular products. I know that Parallels, the Russian VM and web control panel company, is about this number of people, and so is ReadIRIS, the Belgian OCR gurus, whereas SABRE's European dev centre is about twice this number. What makes this number notable is that it's exceedingly uncommon to get taken over, and carry on as if nothing had happened. Most of the bigger purchase-making software businesses (Symantec, Computer Associates and Microsoft spring to mind) make major changes in their takeover targets, realising profit boosts by shedding lame duck parts or lame duck staff, or by having Sopranos-style fallings-out with the charismatic leader of the target company.

Not that I am comparing Jesse Lipson to John McAffee here. There could be no greater contrast between the quietly confident, vegetarian Lipson and the fugitive, raving McAffee. Lipson seems to have quietly bucked the stereotype through both the initial growth of ShareFile, and the fortunes of life inside Citrix as a safe haven from which to look out at the cloud software/storage world and make the right product development and startup purchasing decisions.