Why Wi-Fi & coffee are more attractive than 4G

Tablet users are more likely to turn to Wi-Fi than 4G on the road, research shows. But this could benefit enterprise users 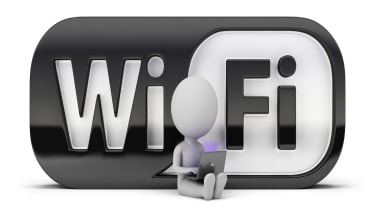 Inside the enterprise: Proponents of 4G cellular technology have long argued that mobile networks' growing ubiquity, and increasing speed, would edge out competing networks, such as Wi-Fi and WiMax. A 4G signal, the argument went, would be good enough and sometimes better.

WiMax, despite its potential to offer city-wide, high speed connections, never really gained a foothold in Europe. Nor did a number of fixed, wireless broadband services. Plain old Wi-Fi, though, has held its own, and even grown.

Wi-Fi hotspots are now, for all intents and purposes, ubiquitous in larger European and US cities, even if the speed and quality can leave something to be desired.

In the UK, the main coffee bars offer free Wi-Fi, as do retailers from John Lewis to Maplin, and McDonalds to Weatherspoons. Then there are the large-scale, public Wi-Fi projects, like those covering the City of London.

These services are not free per se: usually Wi-Fi is available in return for custom and typically needs to be registered for. But for the urban road warrior, paying for a cup of coffee is a fair trade for connectivity, and somewhere to sit and work.

This does not mean 4G has failed. A 4G connection is still an attractive option, especially for casual or occasional internet access. But limited data bundles, relatively high costs, at least at launch, and a slow roll-out have held it back.

For now, 4G seems to suit smartphone surfing on the go more than sit-down-to-work business connectivity, using a laptop or tablet.

This is borne out by research published by iPass, a provider of business Wi-Fi connections. According to the company, 80 per cent of mobile workers have a "Wi-Fi first" approach to connectivity. They will use 4G or 3G only if there is no other option.

Not all of this is down to negative feelings towards 4G. As iPass CEO Evan Kaplan points out, most tablets are sold in their basic, Wi-Fi-only versions.

The spread of low-cost, Android tablets reinforces that trend. Then there is the fact that both consumers and business users are wary of signing up for a separate mobile data plan for their tablets.

On the back of this, iPass is launching a business traveller's service: previously its managed Wi-Fi connectivity was aimed solely at corporate users. In due course, the business travel service will be offered to individual subscribers too, and will cover not just regular, chain outlet Wi-Fi but also more specialist and often expensive locations such as airports, hotels, and even planes.

Increasingly, business users see Wi-Fi as an essential amenity. Cellular networks are catching up, and in raw data throughput alone, have now even overtaken basic Wi-Fi connections. But the fact is WiFi is simple and works, which means it will be part of enterprise mobile connectivity for a while yet.